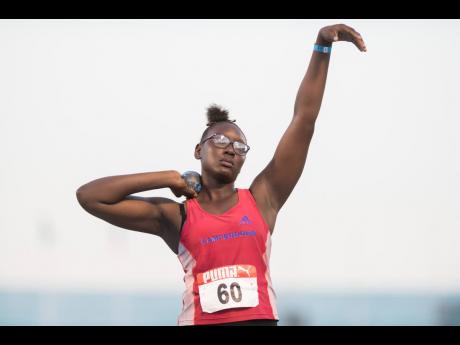 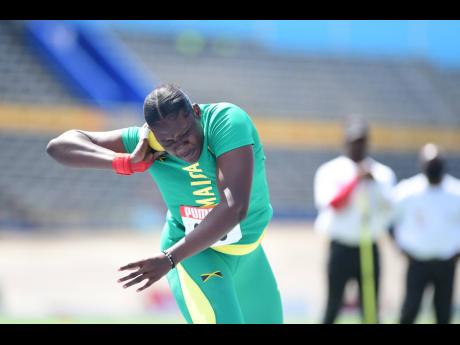 File
Britannia Johnson in action at this year’s Carifta Games. 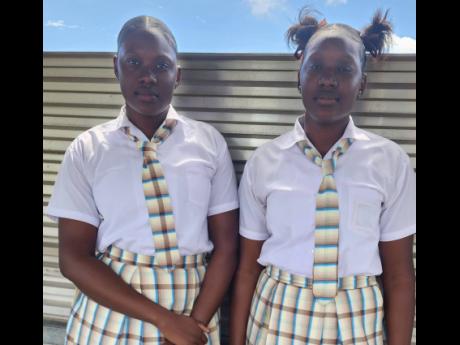 THE 2022 track and field season was a good one for Camperdown High School’s twin sisters and field event athletes Britannia and Britannie Johnson, and the 18 year old siblings will be hunting more success in the upcoming season.

The east Kingston-based school has been known for its performances on the track and is called the ‘sprint factory’ after the school produced several sprint stars, including Olympians Donald Quarrie and Raymond Stewart on the male side, and female stars such as Revoli Campbell and Andrea Lloyd.

For the past four years, the Johnson sisters have helped to put the school on the map in throwing events, and both had good success at several track and field meets last season.

The Gleaner caught up with both sisters at a recent Manning Cup football match, and they spoke glowingly about their expectations for the upcoming season.

Both have done well in the shot put and discus events. Britannie had a third-place finish at the ISSA/GraceKennedy Boys and Girls’ Athletics Championships in the Class One discus with 46.54 metres, while she ended fourth in the event at the Penn Relays in Philadelphia with a mark of 41.75m.

Britannia won the Class One shot put at Champs with a heave of 14.06m, placed fourth at the Penn Relays with 13.98m, was second at the Carifta Games in Jamaica with 14 19m, and 13th overall at the World Under-20 Championships in Cali, Colombia, with 14.44m.

“I am definitely looking forward to next season, as I really want to leave school on a high. I want personal-best distances in both events and I am hoping to break the Champs record in the shot put, which is my better event,”said Britannia. “I was a bit disappointed with my performance in Cali, where I just missed out on a final spot. But that has really helped to motivate me for the upcoming season, and I am very confident that I will do much better than last season.”

Britannie, despite not having the same amount of success as her sister in 2022, is aiming to emulate her this season.

“I want medals at Champs in both events, along with personal bests; and I am looking forward to making the national team in the discus, as this is my best event,”she said.

Both sisters stated that competing against each other has been a motivational factor. “When we train together it is like a competition, as we want to outdo each other, and this has really helped us, as it is bragging rights for the one who does better in training,” said Britannie.

Coach Wayne Stewart, who has guided the careers of both athletes for the past four years, praised both girls.

“Both young ladies are disciplined and dedicated athletes and have shone brightly over the years, especially during the past season. And I expect greater results from them this upcoming season, as they could have left school this year to go on scholarship overseas, but made the sacrifice to compete for their school one more year at Champs. They are very hard workers and have really helped to motivate the other members on the track and field team,” said Stewart, who was a member of Jamaica’s coaching staff at this year’s Carifta Games.