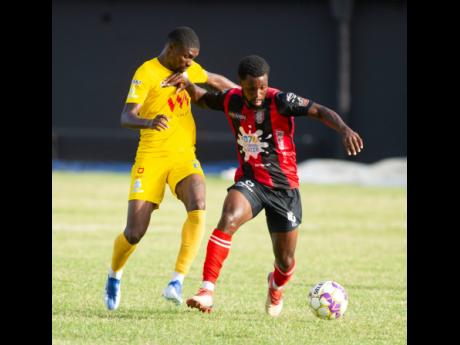 FIVE-TIME JAMAICA Premier League champions, Arnett Gardens, following a sub-par performance last season, are buoyed by the prospects of the 2022-23 edition of top-flight football set to kick off on October 23.

Eric Rademakers, assistant coach, believes the off-season preparations heading into this campaign, compared to last season should make a world of difference.

“We’re doing good so far. The advantage we have as coaches this season, is that, compared to last season when we started out, we were trying to figure out who are the players that we have and how do we want to play with them. It’s different now. This season, yes, we had to look for new players, but we have a core of players that we know their strengths and how to play with them. So, it has been a smoother pre-season compared to last year,” said Rademakers.

Arnett Gardens, Jamaica’s second most successful Premier League club, having won five title, were booted from the premier league race last season at the quarter-final stage, losing on penalties to eventual champions, Harbour View FC. Heading into this season, Rademakers believes the club’s success could lie within their U20 programme.

“The main focus has been on the younger players. We’re happy that there was an under-20 competition, so we have about five or six of those boys now trying to catch on. Outside of that, we tried to look at players that are in that young category. One such player is Teddy Brian who played previously with Tru-Juice,” said Rademakers.

The five-time Premier League winners would have last had a title-winning season back in 2016-17. This, according to Rademakers, should be added motivation as the team tries to end that five-year drought.

“When you’re at Arnett you always need to win because that’s an expectation.

So, a loss like last year is nothing special, in that, every time we lose, you have that process of being upset, and feeling the pressure of coming back harder next time.

“It’s something that, as a team, we’re used to. But we have an extra focus because we lost to Harbour View (2021/22 champions) on penalties, so we have something to prove this season,” said Rademakers.

“When you get to that higher level in football, the difference always comes down to transition. How open can you be as a team, and react as a team, through these transition moments, especially when you lose or win the ball. I hope that when the season starts, everyone can see that this is a sharp team that is ready to win every match,” said Rademakers.