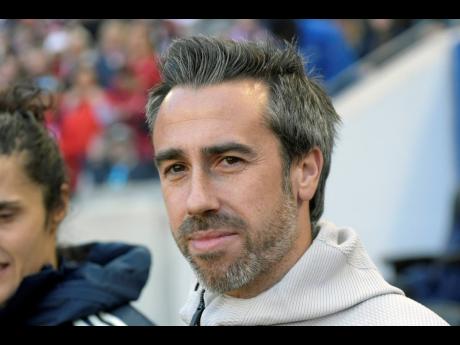 SPAIN HAVE not called up any of the female players who renounced playing for their nation in a decision that the Spanish federation interpreted as a move towards removing their coach.

Coach Jorge Vilda on Friday dropped all 15 players who last week sent emails to the federation asking not to be selected because they said playing for him “significantly” affected their “emotional state” and health.

Those emails erupted into a public dispute with the federation, which demanded the players ask “forgiveness” for trying to force the ousting of Vilda. The players, however, denied explicitly asking for a coaching change while insisting they wanted a “project” that would “get the best performance of this group of players.”

Vilda also left striker Jennifer Hermoso and captain Irene Paredes, who did not send emails, off his squad for friendlies against Sweden on October 7 and the United States on October 11 in Spain.

Ballon d’Or winner Alexia Putellas was unavailable as she’s recovering from a left knee injury just before this summer’s European Championship, where Spain reached the quarterfinals. But Alexia, like Hermoso, has shown sympathy for the group of 15 in public statements.

Spain’s players have voiced their differences over Vilda’s coaching methods in recent weeks. There have been no accusations of misconduct of any kind by Vilda.

Vilda went as far on Friday as to publicly call for any player to denounce his behaviour if they felt fit.

“Due to the lack of clarity by the players in their public appearances and statements, there has been speculation that there is something going on beyond just the sport,” Vilda said.

“I want to make a public appeal today that if any of my present or former players have received anything but exquisite treatment from me to say so.”

Vilda also said he has not contemplated stepping down despite having clearly lost the confidence of most of his first-choice players.

The Women’s World Cup is in July in Australia and New Zealand.