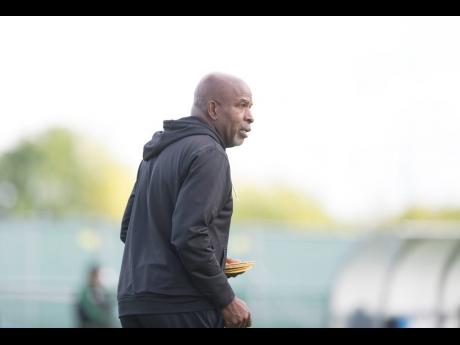 DESPITE HAVING one international window less to prepare for next summer’s Women’s World Cup, national senior interim women’s head coach Lorne Donaldson says his mindset and plans for preparing the group have remained unchanged. Plans were made for...

DESPITE HAVING one international window less to prepare for next summer’s Women’s World Cup, national senior interim women’s head coach Lorne Donaldson says his mindset and plans for preparing the group have remained unchanged.

Plans were made for the Reggae Girlz to face Chile during the period October 3 to 11, the penultimate window of the year. However, Donaldson was concerned about the travel the team would have to undertake for the game, scheduled to be in Chile.

The Girlz were coming off their tour of South Korea last month, as well as the Concacaf Women’s Championship in Mexico. Donaldson said there were efforts to get an opponent closer to home but those proved unsuccessful and, with the Women’s World Cup draw looming later this month (October 22), he elected to pass on the October window.

“The Chile game, the travelling was overbearing. We were trying to find something a little bit closer but there wasn’t anything available closer. There was no breakdown. Because of the draw, I think that everybody was reluctant to play,” Donaldson told The Sunday Gleaner.

However, while some may see it as a missed opportunity in continuing their assessment, Donaldson chose to approach the situation as a blessing in disguise, given that the team has been operating at full speed all summer.

“They have been going hard since late July and maybe, just to (be able to) catch their breath, it might be good for us that this window didn’t happen. I don’t think that it is detrimental to our preparation,” Donaldson said.

The focus shifts to next month’s window, which runs from November 7-11, where Jamaica Football Federation president Michael Ricketts confirmed that the Girlz will play in front of their home crowd for the first time since April.

While excited about returning home to play since qualifying for the World Cup, Donaldson stressed the importance of the upcoming windows, which include February 2023, and which he says will be used to make his first set of cuts.

“It won’t be the final selection but it will narrow it down for us. So we have an idea of who are the top 30 players,” Donaldson said.