The secret to Tallawahs success 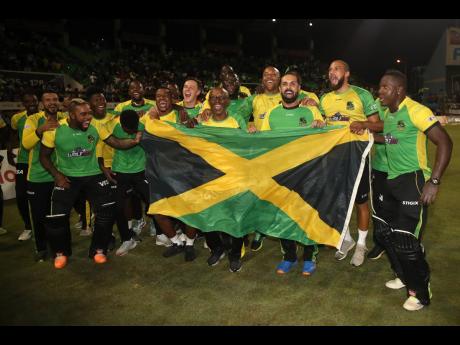 MANY FANS across the Caribbean and the world are still processing the fact that the Jamaica Tallawahs are the 2022 Hero Caribbean Premier League (CPL) champions.

After finishing fourth in the preliminary round of the tournament, the Tallawahs, dubbed ‘underdogs’, went on to ignore the criticisms, defy the odds and secure their third title.

Not many gave the Tallawahs any chance of lifting this year’s title, as the Rovman Powell-led side did not have the ‘star-studded line-up that is usually synonymous with a championship team.

Powell made it clear that the ‘disrespect’ shown from some quarters fuelled the team to go for the championship.

“I think we used the disrespect that we endured as a motivation, to be honest. The guys were very hungry and everything just came out right,” said Powell.

Following their clinical team effort, which saw them defeating the Barbados Royals to lift the crown, Powell further alluded to the team bond which also contributed to the success.

“Special mention has to be given to my 16-17 players here. I formed a leadership group with Brandon King, Kennar Lewis, Fabian Allen and Shamarh Brooks and they were an integral part of my leadership and also pushed the team in a particular direction,” said Powell.

One of those individuals that Powell mentioned, Brandon King, was the man who turned out to star with the bat in the final, following his 83 not out as the Tallawahs chased down the 162 needed for victory.

King ended the tournament as the leading run scorer with 422 runs, and the Jamaican was elated that his contributions with the bat were able to help the team over the line on the big occasion.

“Within the team, we have 100 per cent confidence in each other and we know we can perform in the big moments. Everybody contributed at some point in the tournament,” said King.

While the players were overjoyed at the team’s success, the coaching staff, with the inclusion of head coach Shivnarine Chanderpaul and assistant coach Curtly Ambrose, were ecstatic that their team showed the fight and determination needed to claim the coveted title.

“Winning the tournament means a lot as we came into this tournament as underdogs and not many persons gave us a chance to get out of the first round, let alone win the tournament,” said Ambrose.