Hallgrimsson: We have to be careful who we play 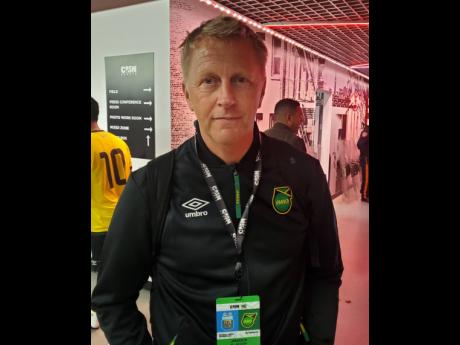 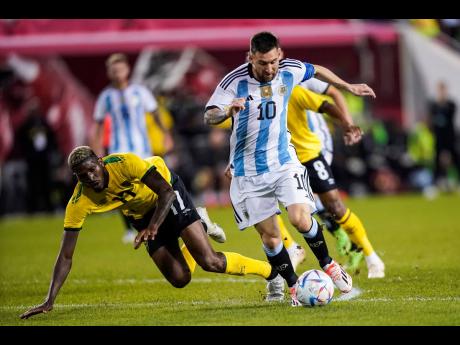 On September 27, Jamaica’s senior men’s national team played Argentina in a friendly football international in the United States. Shortly after the game, Jamaica’s new head coach, Heimir Hallgrimsson of Iceland, spoke to journalist Gordon Williams of MWD Media LLC. The following is an edited version of that interview:

QUESTION: How would you assess Jamaica’s performance overall?

ANSWER: I’m very disappointed with going home with a 3-0 (loss) ... I have to admit that. But performance-wise, effort-wise, from the players .. I think they showed the desire to play. So I cannot complain. I think we played a good team performance for 80 minutes. The last 10 minutes we lost focus. It was more the focus level that went, and a good team like Argentina will punish you if you lose focus. That was the difference ... .

Q: (At) your introductory press conference (as coach), you talked about getting to know Jamaica. After two weeks, what have you learned ... about the quality of players that you have now?

A: I can admit after this game, when I see the team, I think there’s more potential in it than I dared to believe. I think we showed, in spells in this game, we can outplay almost anyone ... .

A: Yeah, they have a good finisher (chuckles) ... For this game (Argentina), it wouldn’t have been my first pick as a first game for a new coach to play them, especially only having two (training) sessions, two days with the players.

I told everyone that they (Argentina) would expose all our weaknesses. But we can also show (Jamaica’s) players a lot of positives, how they played against them. So we can learn a lot from this game – positive and negative. But overall I think we may not be happy, but we can be satisfied with a lot of things after this game.

Q: In this squad you picked players who are based in Jamaica who are out of (competitive) season right now, when there are a lot of Jamaican players playing in the US and Europe who are in season. Could you just explain that strategy?

A: That was just travel things ... So we took two players the last minute, the last day, when there was an injury (to one of the original squad members) and that is a problem. So we just needed to act fast.

Q: You watched Jamaica for 90 minutes against a top-three team in the world and a favourite for the World Cup. How excited are you about the prospects of four years with possibly this group and additions going forward? Were you expecting this performance today?

A: I was hoping for a good performance. But I was,honestly, a little bit afraid of playing so early such a good opponent. I’ll just be honest. ... I thought it was unfair, a little bit, to a new coach with such a short preparation time. But I’m happy with a lot of things, and I think we can build a lot on this game, and if we can play this performance against a good team like Argentina, we should be in for possibilities to win more games than we have done in he past.

Q: After the game, what are you thinking now?

A: ... It’s always bad to lose. It can become a habit to lose. So we have to be also careful who we select, who we play. When building you need to see players. You need to give more players chance than maybe we did today.

Q: What about the attitude of this group?

A: This camp, I have to say, was really professional.

There were a lot of things (the players) needed to learn. New system. New way of defending. A lot of principles we were trying to implement. We didn’t want to overload (them with information), but still to see how much we could load them. And I think overall, they did really well. So, good performances from individuals, but I’m mostly happy with the team performance.

Q: So they’re responding positively to whatever you are selling now?

A: Yeah. I feel that way, but we have to see ... If we can play a good team game against this level of an opponent, then, for sure – and I hope that we will not play this level of teams all the time. So hopefully, we can build on it.

Q: How good is it for this team to see a player like Lionel Messi? What kind of impact do you think that experience will have, especially on the younger players?

A: I think it is always good to train with, play with, play against, a player that is maybe on a higher level than yourself and you know you have to raise your game. So for everyone just to see his quality and how his teammates play for him is just nice to see this. But this individual quality comes once in a decade. I’m just really sad that he’s not Jamaican (laughs).

Q: What have you learned about the (Jamaican) culture?

A: What I feel, immediately, is that people (are) very pleasant, happy. I think that is a sign. You always see a Jamaican smile. This is my presumption of Jamaica. They’re enjoying life, and it’s nice to be around them. Different from Icelanders in a way that I think Jamaicans are very laid-back.

So things tend to happen a little slower than I’m used to.

A: It can be both. You can be doing things too fast and doing it wrong. But you can also do it too slow.

So I just have to adjust to this culture. But overall, I said in the beginning I was going to learn this trip. I was going to observe and then I will evaluate. And then I will decide ... And (there are) really many nice traditions you have in the camp. (Players) took a prayer before training, (which) was fantastic. Always prayer before training, for matches. I love it.

Q: That surprised you?

A: It doesn’t surprise me, but I’m not used to it. It’s a nice tradition.