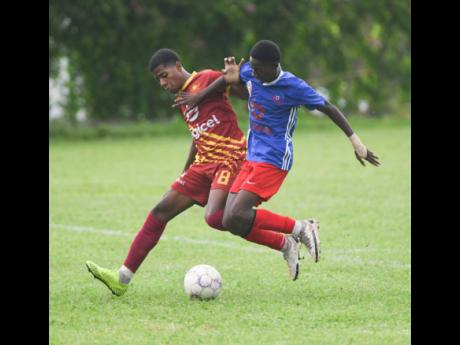 The hosts have lost their four matches to date and sit at the foot of the standings, three points behind Cedar Grove, who have one win from their four outings.

The game was originally scheduled to be played in September 29 but was postponed because of a waterlogged field.

Although both teams have only scored two goals each in their four matches, Cedar Grove have proven much stronger defensively, with just 10 goals conceded, compared to St Mary’s College’s who have let in 33 goals.

A win for Cedar Grove would put them level on six points with St Jago High and Holy Trinity High, and keep their hopes for a second-round birth alive. A first win of the season for St Mary’s would put them on three points, the same as Cedar Grove.

Jamaica College and St Catherine High share the lead atop the group with 13 points each.