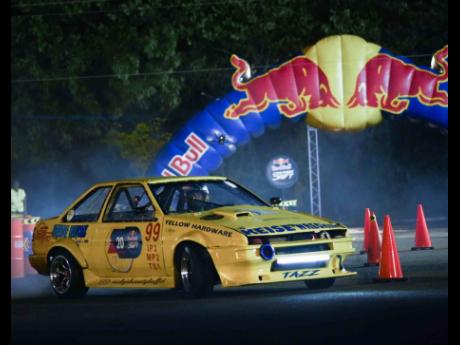 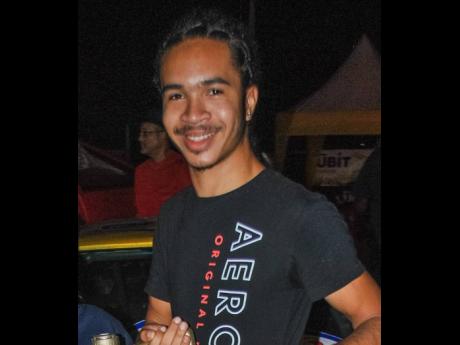 THE APPETITE of sports car fanatics in Jamaica has been whetted following the conclusion of the 2022 Red Bull Car Park Drift competition last weekend at Catherine Hall, Montego Bay, and come December 7 and 8 when champion Nicholas ‘Tazz’ Barnes represents Jamaica at the Red Bull Car Park Drift Finals in Jeddah, Saudi Arabia, it is expected that the interest will be very high.

Twenty of the best local drifters converged in Montego Bay and it was Barnes’ overall three-round performances of 265, 270 and 270, respectively, which proved good enough to outgun second-placed Cleve Ottey, who scored 269, 255 and 270, and third-placed Sheldon Johnson, who achieved scores of 222, 264 and 207.

The newly crowned ‘Drift King’ of Jamaica believes his latest achievement could breathe life in a sport that is rapidly growing in this part of the world.

“I would say, most definitely. We know it as dexterity, but what we did was to turn it up another notch and did drifting. If you go worldwide, the drift scene is massive, and drifting is a genre by itself. It’s also a step in the right direction for us all as competitors and racing enthusiasts,” Barnes said.

Barnes, who drove a modified, vehicle, is expected to get a new ride in Saudi Arabia later this year. Despite the incentive for being the winner, Barnes wishes he had the choice to remain with the car that brought him success.

“My car is a 1986 Toyota Corolla. It has a 4A-GE 20-valve engine, with a six-speed sequential gearbox. I choose that car because, for drifting, rear-wheel drive is preferred. There is a thing called ‘seat-time’, and the driver and car has to be at one to do certain stuff. Every car behaves differently, so I would have definitely felt more comfortable in my car; but as a good driver you have to adjust,” the 23-year-old Barnes said.

Germany-born and one of Europe’s most successful drivers Johannes Hountondji, who was present at the championship, spoke on the shock factor he experienced when he realised the appetite that Jamaicans carry for the adrenaline-filled sport.

“For me, it was a mind-blowing experience. Why did I, as a complete car nut all my life, didn’t hear about Jamaica having this culture?” Hountondji questioned.

“These stories have never been told through the channels that I consume in Europe. This is the most exciting event that I’ve seen in terms of how everything clicked with the music, energy, drivers,” said Hountondji.

The 42-year-old Hountondji, a member of the Red Bull Driftbrothers team, believes Barnes will have a good shot at taking top honours at the Drift finals in Saudi Arabia in December.

“The guy (Nicholas Barnes) is such a talented driver. From his first lap I could tell that he has a lot of potential. His driving, everything, is on point, so I believe he really has a chance, for sure,” added Hountondji.