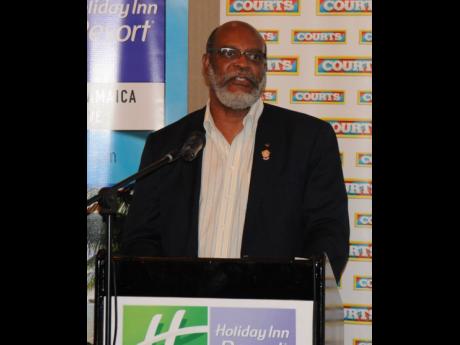 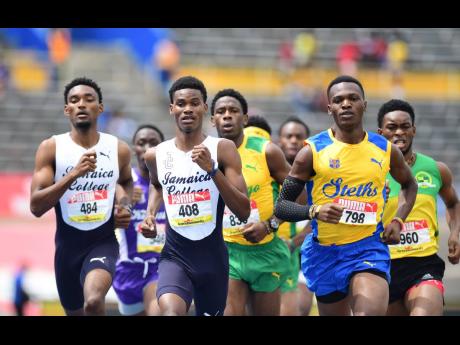 WORLD ATHLETICS, the global governing body of track and field, is set to introduce a second-chance provision at the 2024 Olympics. This repêchage round might also surface at Boys and Girls’ Championships (Champs) in the future. While Jamaica’s...

WORLD ATHLETICS, the global governing body of track and field, is set to introduce a second-chance provision at the 2024 Olympics. This repêchage round might also surface at Boys and Girls’ Championships (Champs) in the future.

The provision will give those eliminated in the first round of the 200, 400, 800 and 1500 metres, a second chance to qualify for the semifinals of their respective events.

Planning for the 2023 Boys and Girls’ Championships will start shortly and Davis reckons the introduction of the repêchage round will be on the table for discussion.

“In principle, I am reasonably sure that it is something that ISSA would approve,” he said.

In reference to recent changes adopted by ISSA in the allowance for relay substitutions, he continued, “we quite often follow the emerging trend that is happening at the international level, as led by World Athletics and as you rightly mentioned, changing the relay pool, these are separate and apart from some of the technical rules like stepping on the line and so on, and so we have to keep our competition in line with what is now the emerging trend.”

The relay rule change increased the number of substitutions allowed in baton events from 2 to 4.

There’s no implementation timetable just yet.

“While I can’t speak to an implementation date, we are just about to start our planning and I’m sure that it is something that the technical committee will look at.”

The meet director was mindful that, unlike the Olympics and the World Championships, Champs has competition in classes I, II and III for boys and classes I, II, III and IV for girls.

“Now, one of the things that we have to be mindful of is that there are two levels of approval. Some things the organising committee can approve straight off and some things the wider ISSA body has to approve so what we’ll do is look to see if, introducing that new feature, will it have any impact in any way in terms of maybe an additional round or anything like that,” he revealed.

The meet currently runs for five days from Tuesday to Saturday. Prior to the COVID-19 pandemic, it often featured approximately 2,000 student-athletes. By comparison, the nine-day 2022 World Athletics Championships in Eugene had approximately 1,700 athletes.

Davis thinks there is a chance the repêchage round will see the light of day at Boys and Girls’ Championships. “But, having said all of that, definitely, it is something that we’d look at and want to introduce to make sure that we stay in line,” he concluded.