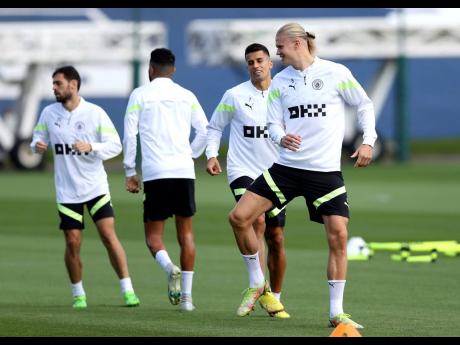 CHELSEA ARE one of the top teams in early trouble in the group stage of the 2022-23 Champions League and are heading into a double-header against AC Milan, with the first match taking place at Stamford Bridge today.

Chelsea has just one point from its first two games in Group E and has a recently hired manager, Graham Potter, who is still working out his best team and best formation just two matches into his tenure.

In a 1-1 draw with Salzburg in the second round of group games, Potter went with a 3-5-2 but reverted to a 4-3-3 for the win over Crystal Palace in the Premier League on Saturday. He has some tough choices in defence, with Kalidou Koulibaly – one of Chelsea’s many expensive offseason signings – yet to play a minute under Potter and the likes of forwards Christian Pulisic and Hakim Ziyech pushing for starts. Marc Cucurella could return from illness. Milan leads after collecting four points from games against Salzburg and Dinamo Zagreb, who meet in Austria in the other game.

In Group F, Real Madrid can take full control of the group with a home win against Shakhtar Donetsk, which would give the defending champions a five-point lead after only three matches. Madrid got off to a perfect start to the season in all competitions but were held 1-1 at home against Osasuna in the Spanish league on Sunday for its first setback. Leipzig hosts Celtic for a clash between the two bottom teams in Group F. Leipzig is bottom after losing both of its games so far, but new coach Marco Rose has restored some confidence and overseen a marked improvement since taking over. Leipzig warmed up for Celtic with a 4-0 win over Bochum at the weekend.

In Group G, Manchester City can move to the brink of qualification for the last 16 with a home win over FC Copenhagen and might not need Erling Haaland to do so. The Norway striker, who has taken the Premier League by storm with 15 goals in eight games, played the entire match in the 6-3 win over Manchester United on Sunday while a number of key players were brought off midway through the second half. Haaland may be kept fresh for bigger matches ahead, while City manager Pep Guardiola has injury concerns over right back Kyle Walker and holding midfielder Rodri. City has already beaten Sevilla and Borussia Dortmund in the group stage and would advance with back-to-back wins over Copenhagen. Dortmund is in second place on three points and travels to Sevilla in the other match.

With Presnel Kimpembe out injured for several weeks, Paris Saint-Germain coach Christophe Galtier doesn’t have many options at centre back for his Group H trip to Benfica for a match between two teams on a maximum six points. After missing out on signing Milan Skriniar this summer, PSG has to deal with makeshift solutions until the next transfer window opens, with midfielder Danilo Pereira or right back Nordi Mukiele available to play alongside Sergio Ramos and Marquinhos. In contrast, Juventus has zero points after losing its opening two Champions League matches for the first time. Massimiliano Allegri’s side travels to Maccabi Haifa, which is also pointless. Juventus is also struggling in Serie A but appears reinvigorated after the international break and beat Bologna 3-0 this past weekend.