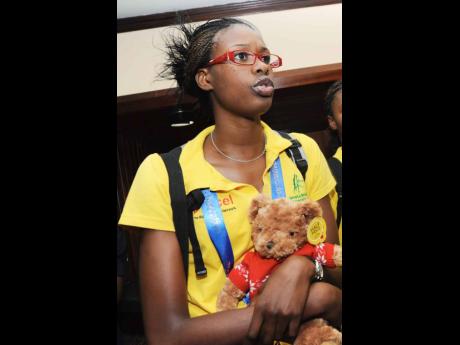 As World Netball investigations into the near-failed Test series between Jamaica’s Sunshine Girlz and New Zealand in that country intensify, some of the chaos that ensued up to 24 hours before the first game has been coming to light.

A news report coming out of New Zealand has revealed that Romelda Aiken-George had to travel to New Zealand from Australia, having given birth just six weeks before the series.

To boot, Aiken-George also had to have New Zealand immigration grant her six-week old entry into the country without a passport.

According to an article from Stuff, Netball NZ engaged immigration officials over allowing the six-week old to enter despite the absence of a passport

Aiken-George had travelled from Australia for the September Test series, which was in danger of being abandoned after US visa issues meant that a large number of Jamaicans were unable to make the trip.

So significant were the issues that a warm-up game and one of the Tests were abandoned.

The Stuff article reported that Aiken-George went straight from the airport to the match venue for the opening game with discussions around allowing the newborn taking place up to 24 hours before her arrival.

An Immigration NZ spokeswoman told Stuff it received “submissions” from Netball NZ on September 20 – the day before the rescheduled opening Test in Auckland – “to support the travel of Aiken-George and her child on the basis that the Jamaican netball team needed to pull in players to maintain the International Test status”.

However, the article said Netball NZ denied that its communication was a “submission”, instead describing its contact with Immigration as asking questions around a compassionate situation in an exceptional circumstance.

Wylie said Netball NZ asked questions of Immigration as to how they could help Aiken-George travel as they were conscious of the dependency of her child, who was still breastfeeding.

“We were asking the question around what is the right process to enable the young baby to travel with her mother,” Wyllie said.

“We were advised when we asked the question the first route was to get an emergency passport and that’s absolutely what the mother did.”

Wyllie said Aiken-George was unable to get an emergency passport for her daughter from Australian authorities because there was a month-long wait.

“On these grounds that Romelda would be representing her country, and really wanted to do that, was there any other avenue that could be explored on these compassionate grounds?” Wyllie said they asked of Immigration.

“Were there any other avenues whereby this mother could be supported to bring her six-week old baby into New Zealand?”

Immigration eventually chose to let the child through the border without a passport, a discretionary power its officers hold.

Wyllie said that it was the first time the organisation had ever gone to Immigration asking for support for a touring player.

“We are really clear around what our protocols look like and what our requirements and procedures are if a baby is to travel with a caregiver or mother.”

“From our perspective, supporting a brand new mother was a priority for us,” Wyllie said.

Nicola Hogg, general manager of border and visa operations at Immigration NZ, said “full checks of identity, as well as weighing and balancing of the individual circumstances in this case, were undertaken and a decision was made to allow the child to travel to and from New Zealand.”