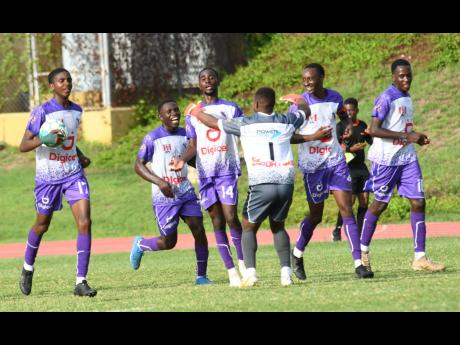 Kingston College (KC) hammered Ardenne High 9-0 in their ISSA/Digicel Manning Cup match at Stadium East today without ever breaking out of first gear.

The purple-and-white-clad KC, were in cruise mode and while they wasted several opportunities, steamrolled their opponents into submission.

The majority of the match was played in Ardenne's half of the field, as KC reduced their opponents to occasional forays, which fizzled on each trip.

KC, on the other hand, attacked relentlessly, placing Ardenne's defence under constant pressure.

KC move to 18 points with the victory and remain at the top of Group A. Ardenne are yet to put a point on the board.