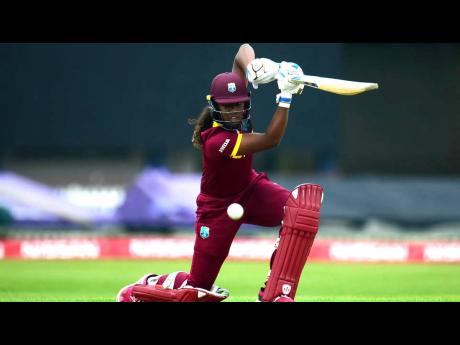 Captain Hayley Matthews struck her sixth Twenty20 International half-century, but that was the only highlight for hapless West Indies Women as they slumped to a five-wicket defeat off the last delivery of the final T20I against New Zealand Women yesterday.

In a series that has been littered by tense final-over finishes, the finale at the Vivian Richards Cricket Ground proved no different, Player-of-the-Match Maddy Green scampering a single off the final ball to help her side overhaul a modest target of 102. New Zealand won the five-match series 4-1.

The 29-year-old right-hander was the hero, top-scoring with an unbeaten 32 from 29 balls with two fours, while Amelia Kerr chipped in with 25 and veteran captain Sophie Devine, 23.

Matthews had earlier shone with 56 from 54 balls, but unfortunately, was the only player to reach double figures as West Indies Women struggled to 101 for eight off their 20 overs after they were sent in.

The elegant right-hander counted three fours and two sixes, putting on 21 for the first wicket with Aaliyah Alleyne (six) and 29 for the second wicket with Kyshona Knight (eight) before she was fifth out in the 17th over with the score on 83.

In reply, New Zealand Women started well when Devine posted 25 for the first wicket with Bates (13) before three wickets fell for 17 runs in the space of 20 balls.

However, Green came to her side’s rescue, putting on 37 for the fourth wicket with Kerr to repair the damage.

In the end, the target should have been a straightforward one, with New Zealand Women needing eight runs from the last two overs, but off-spinner Sheneta Grimmond sent down an excellent penultimate over, which cost only three runs, setting up a nervy final over.