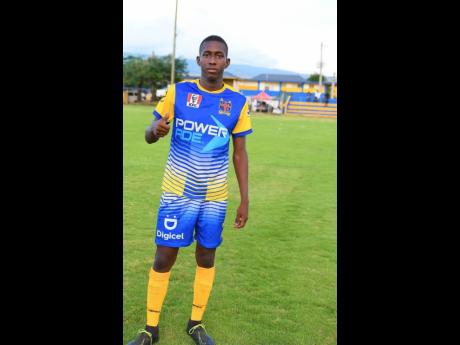 St Elizabeth Technical High (STETHS) are one of only two schools, the other is William Knibb High, to not only have a perfect win record but not to concede any goals so far in the first round of the ISSA/daCosta Cup football competition, and captain and central defender Dante Campbell is hoping they can take this fine record into the second round.

Head and shoulders above the chasing pack, STETHS sit atop Zone E with 21 points. The Santa Cruz-based STETHS are 10 points clear of parish rivals Munro College, and the race for the second automatic qualification spot is certainly on because only three points separate the next four in the chasing pack.

“Defending starts from the front, so it takes a team effort to get clean sheets. The boys are giving it their all, and we want to keep that going,” Campbell said

“For us, three points are the most important thing. It’s the same back four from last year, but we are still learning. We hope to keep getting better and maintain the clean sheets,” he added.

Winning a football competition at the level of the daCosta Cup without conceding a goal would be a tall ask, but Campbell is hoping it’s a feat they can manage to achieve.

“We want to go through the entire competition without conceding. That’s the goal. Our season is going good so far, and it’s a young team that is still learning. Our aim is to win the competition (daCosta Cup) come the end of the season,” Campbell said.

STETHS will be looking to extend their lead and add another clean sheet when they host Sydney Pagon STEM Academy in Santa Cruz tomorrow.

B. B. Coke, third in the zone with 10 points, and fourth-placed Lacovia (nine) will have a chance to better their tallies in today’s clash at B. B. Coke’s playfield in Junction.

May Day vs DeCarteret College