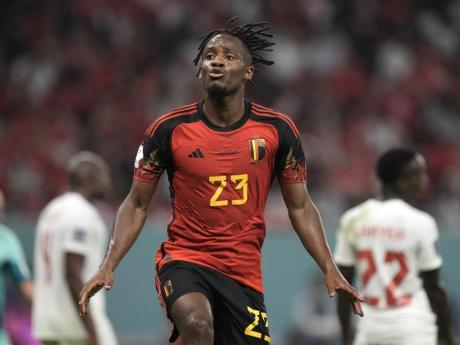 AL RAYYAN, Qatar (AP) — Thibaut Courtois saved an early penalty and Michy Batshuayi scored the only goal to give Belgium a 1-0 win over Canada at the World Cup on Wednesday, spoiling the North American team's return to the tournament after 36 years.

Still, they outplayed second-ranked Belgium at times at Ahmad Bin Ali Stadium, with Alphonso Davies — the star of Canada's team — squandering the best chance when his penalty was blocked by Courtois.

With Eden Hazard ineffective and Kevin De Bruyne's passing unusually awry, Belgium often relied on the long ball from the back and that tactic led to the 44th-minute goal.

Center back Toby Alderweireld split the defence with his pass and Batshuayi ran through to guide a left-footed finish into the far corner.