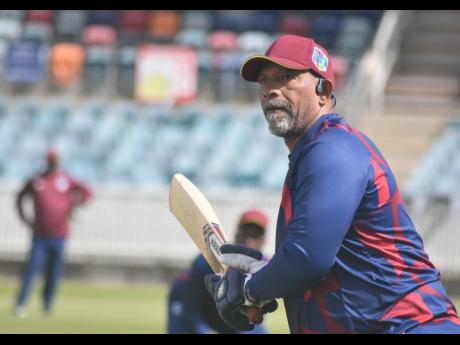 HEAD COACH Phil Simmons has described the four-day game against the Australian Prime Minister’s XI starting today as “hugely important”, stressing it will allow West Indies to reacquaint themselves with the challenges of the pink ball.

The touring Caribbean side will face Australia under lights in the second and final Test in Adelaide – their first pink-ball Test in four years – and Simmons expects the day/night tour match at Manuka Oval to provide vital preparation.

“[It will be important in] just getting accustomed to the pink ball. I think it is a little bit of a difference [to the red ball],” explained Simmons, ahead of the game scheduled to start at 2 p.m. (10 p.m. on Tuesday, Eastern Caribbean time).

He added: “That’s the things you have to look at; make sure we are bowling the right lengths with the ball. It’s going to be different to the red ball. It’s just getting accustomed to it.”

The game will be West Indies’ last tour match before they take on the powerful hosts in the opening Test in Perth starting November 30.

While they gathered 424 for nine declared against the largely inexperienced side, their bowlers found wickets hard to come by as the hosts piled up 424 for six declared, with 24-year-old Blake Macdonald (177 not out) and 22-year-old Oliver Davies (115) – neither of whom possess first-class experience – hitting centuries.

Simmons, who leaves the West Indies job at the end of the series, said his side’s performance in the match would be an indication of their readiness.

“We have been successful at Perth over the years. The carry and the pace of the pitch and batters being able to play shots freely.

“I think (here) will be a little bit different, but hopefully it won’t be too much different here to Adelaide.”