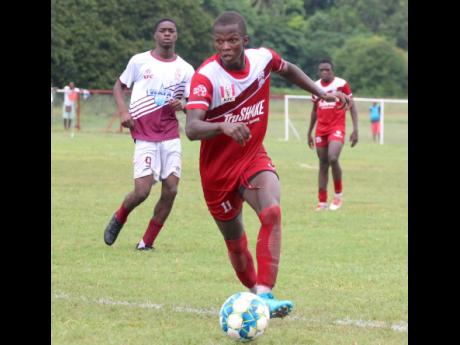 The Dwayne Ambursley-coached Rusea’s and the Merron Gordon-coach Garvey Maceo both fell off the pace in the latter stages of the daCosta Cup with disappointing performances and will be keen to end their season on positive notes.

Meanwhile, many-time daCosta Cup holders Glenmuir turned back Paul Bogle 2-0 to secure their place among the last four, where they are down to face York Castle, who edged St Elizabeth Technical 2-1 in the other quarterfinal.

The Andrew Peart-coached Glenmiur will be disappointed with the end to their season and will be confident of copping the rural knockout crown.

However, the Vannie Clarke-coached York Castle performed above expactions in the daCosta Cup this season and will be expected to put in a competitive display.