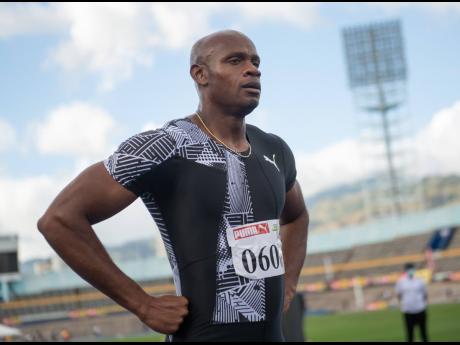 Gladstone Taylor
Asafa Powell, moments after competing in the men's 100m event at a meet at the National Stadium in March of 2021.

Olympian Asafa Powell has officially announced his retirement from track and field.

Powell, who last competed in May of 2021, according to World Athletics, took to social media today, closing the chapter on a career spanning almost two decades, while at the same time celebrating his 40th birthday this week.

"Was a great week of celebrating my birthday and officially putting down my spikes, opening a new chapter in my life," Powell tweeted.

Powell holds the record of having the most sub-10-second 100-metre performances in history, the last coming in September 2016.

Powell twice set the world record between 2005 and 2008, clocking 9.77 in the first instance, before lowering it to 9.74. The speedster’s last world record lasted for three years until multiple World and Olympic champion Usain Bolt broke it.