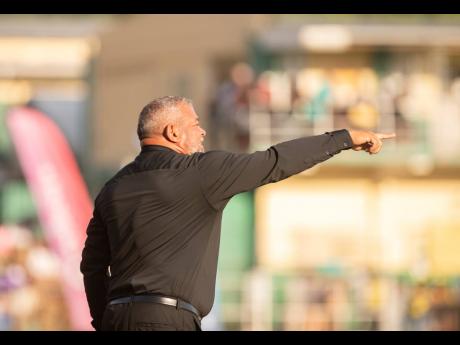 THE CHAPTER may be closed for Craig Butler and Mona High for their 2022 schoolboy football campaign, but the coach is adamant that what Jamaica has seen from the school over the last three months is the start of something great.

Mona High’s ISSA/Digicel Manning Cup adventure came to an end on Tuesday after losing 2-1 to Butler’s alma mater, Jamaica College, in the semi-finals, ending a strong season in which they made their deepest run in school history.

And,while the season did not end with silverware, Butler said the platform has been laid for Mona to be a consistent contender for years to come.

“For me, if you look at these players, they are young. You have about five 14-year-olds and only four that won’t play next year. It is a really strong team coming in. We are looking forward to getting all those players out, and getting them into professional set-ups,” Butler said.

“We have players that couldn’t play this year that will be available next year. So it is not like we are going to be weaker. We are going to get stronger.”

It will be a programme that will continue without Butler, the coach saying that this would be his final season with the school and in schoolboy football. According to Butler, who has said this before but was convinced to return, he wants to focus on helping players from his Phoenix Academy get into professional set-ups.

Still, Butler is of the belief that the systems put in place will survive him as Mona coach.

“We have designed a good programme here. Kyle Butler is here and so is Winston Taylor, Dane Peralto and the rest of the coaching team that has been put together. And I am sure that we can continue on in the same vein,” Butler said.

While it appears Butler’s schoolboy football chapter has closed, there is a legacy Butler is proud of.

“To see all these little boys who could have become statistics, shining and the school shining, my conscience is clear.”