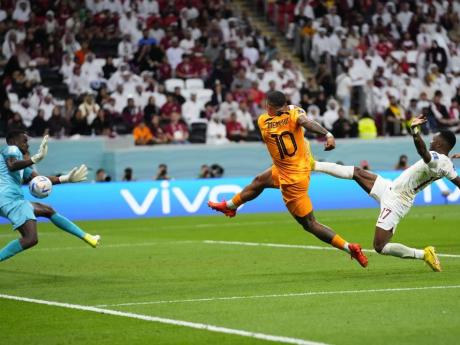 AL KHOR, Qatar (AP) — The Netherlands still has a long way to go to match the “total football” teams of the 1970s, or even the more offensive “Oranje” squads that reached the World Cup final in 2010 and finished third in 2014.

Still, a 2-0 win over Qatar on Tuesday ensured the Dutch advanced to the round of 16 by finishing first in Group A while the Qataris, who were already eliminated, became the first host to lose all three of its group matches at the World Cup.

“If you play against Qatar everybody will think and expect that you'll win 5-0 or more, but this tournament has shown that it's very difficult,” Netherlands midfielder Davy Klassen, who earned player of the match honours, said through a translator.

“We're very critical of ourselves and we need to improve,” Klassen added. “But we have progressed and we're going to move on.”

The Netherlands is a three-time runner-up at the World Cup and also finished third in 2014, while Qatar was making its tournament debut.

The Netherlands, which failed to qualify for the 2018 World Cup, finished with seven points at the top of the group. Senegal, which beat Ecuador 2-1 in the other group game, advanced in second place with six points.

Ecuador was eliminated with four points and Qatar ended up with zero.