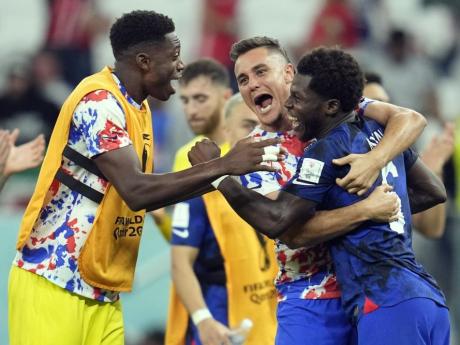 DOHA, Qatar (AP) — The US women's team will make at least three times more from the men's World Cup than they received for winning the 2019 women's tournament, thanks to a new deal to split World Cup earnings.

A 1-0 win by the men over Iran on Tuesday night increased their World Cup prize money to approximately US$380,000 for each player in the squad.

The same applies to players on the US roster for the 2023 Women's World Cup because of the new collective bargaining agreements between the US Soccer Federation and the men's and women's unions.