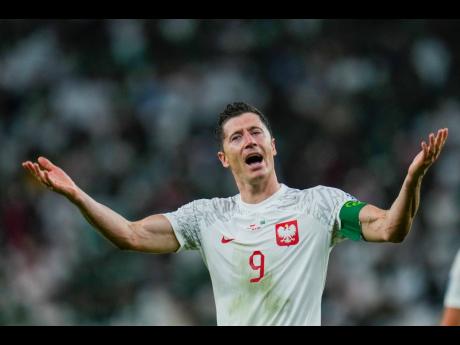 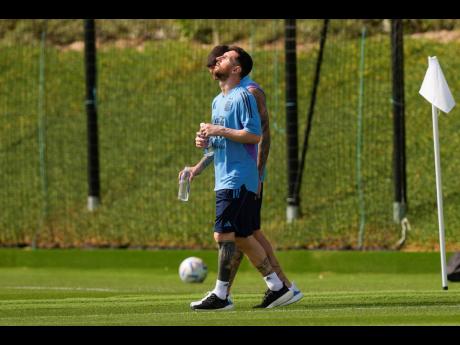 AP
Lionel Messi enters to the pitch for a training session of Argentina’s national football team in Doha, Qatar, on Sunday.
1
2

LIONEL MESSI has already come to Argentina’s rescue at the World Cup. He might just have to do it all over again.

Another emotionally charged evening awaits Messi and the soccer-mad South American nation that worships him when Argentina meets Poland today for a match with so much on the line.

For Messi, who is playing in likely his last World Cup. For Poland striker Robert Lewandowski, who might also be too old when soccer’s biggest tournament rolls around next in 2026.

And for the World Cup as a whole. Because who really doesn’t want to see Messi – one of the game’s greatest ever players – in the late stages of a tournament that is heating up so nicely.

There are multiple scenarios at play for the Group C finale. A win for the Argentines and they are sure to advance, likely as the group winners. A draw, and they can either finish in second place behind Poland or be squeezed out by either Saudi Arabia or Mexico, who are playing in a match taking place concurrently.

A loss? Well, that just doesn’t bear thinking about for anyone associated with Argentina. The team wouldn’t just be eliminated but humiliated. Messi might never be seen in the Albiceleste’s sky blue-and-white jersey again.

That scenario is too much for Argentina fans to take. It’s why tears were shed on the field, among the technical staff and among the fan base after Messi scored the crucial second-half goal to set Argentina on its way to a 2-0 win over Mexico on Saturday.

That victory meant Argentina bounced back from its shocking 2-1 loss to Saudi Arabia in its opening match and now has a fighting chance to avoiding a first group-stage exit since 2002.

“Now another World Cup has begun,” said Messi, who will hope to score for the third straight match at this World Cup and has netted 13 goals for Argentina in 2022 – already a career-high haul in a single calendar year.

Concerns about Messi’s health have dogged the seven-time world player of the year at the World Cup, starting from when he trained alone for two days before Argentina’s opening game. He played the full 90 minutes against Saudi Arabia and also in the Mexico game, which he finished in some discomfort after turning his ankle late in the match.

Messi later confirmed it was nothing serious. But it only adds to the worries about the physical well-being of a 35-year-old player who is clearly pacing himself during matches, picking and choosing his moments to explode into life.

Still, he has scored in both of the team’s games and is used to coming through in the big moments for Argentina.

“It’s a great question – how do you stop Lionel Messi?” Poland coach Czeslaw Michniewicz said. “All the world has been thinking about it for years ... I don’t think we’ll ever find the final answer.”

Elsewhere, Argentina coach Lionel Scaloni must decide whether to persist with Lautaro Martinez, who has been well covered in the first two games, or go with another striker in Julian Alvarez. Likewise, has highly rated young midfielder Enzo Fernández done enough to force his way into the team after a scoring cameo as a substitute against Mexico? And who will Scaloni pick at fullback, having played a different right back and left back in each of Argentina’s games?

As for Poland, some of the weight is off the 34-year-old Lewandowski’s back after he finally scored a goal at a World Cup in the 2-0 win over Saudi Arabia on Saturday. Now he’s looking to advance beyond the group stage for the first time at a World Cup. Poland hasn’t done so since 1986.

“Is he the same level of Messi?” Scaloni said of Lewandowski. “You just have to enjoy such a good player – why are we comparing one player with another? It’s not helpful.”

Argentina fans will be wary of the threat of Lewandowski, who rivals France’s Karim Benzema as the best striker in the world.

They’ll know, though, that they have an even bigger icon in Messi, who continues – even in the twilight of his magnificent career – to bend soccer games to his will.

Can he do it one more time?