#FootballFever | Martino out as Mexico coach after World Cup elimination 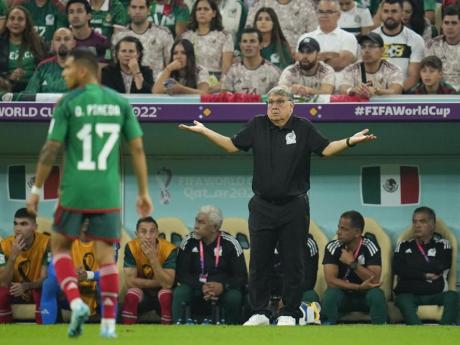 AL KHOR, Qatar (AP) — After the debacle of missing the round of 16 at the World Cup for the first time in 44 years, Mexico said Thursday that Argentine coach Gerardo “Tata” Martino will not return for the next tournament.

Martino was hired in January 2019 and finished his contract after the 2-1 win over Saudi Arabia on Wednesday.

He said after the match that he was aware a contract extension with the Mexican soccer federation was unlikely.

“With a failure like this it is impossible for him to continue,” said Jaime Ordiales, Mexico's director of national teams.

“I know he is a hard worker, I´ve seen him every day, but we work for the national team and the best thing to do right now is to look elsewhere.”

Ordiales said the federation will speak to Martino and analyse the situation in the team before making any decisions on a new coach.

Uruguayan coach Guillermo Almada, who just won the Mexican title with Pachuca, is a candidate for the position.

Miguel “Piojo” Herrera, who led Mexico at the 2014 World Cup in Brazil, is also in the mix.

Mexico usually signs their coaches through the last game of the World Cup.