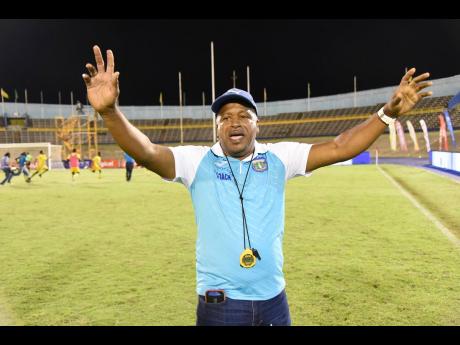 Coach Lenworth Hyde is confident that Clarendon College’s players will receive the proper mental preparation and have the desired motivation to overcome the death of beloved assistant manager Neville ‘Manny’ Peart and retain the ISSA/Digicel daCosta Cup.

Clarendon, who will meet parish neighbours Central High in the final at St Elizabeth Technical High School (STETHS) at 4 p.m. today, received the grim news of Peart’s death on Thursday night. He was returning from a team meeting in Kingston and was involved in a two-vehicle accident on the PJ Patterson Highway in St Catherine.

According to Hyde, the players are hurt but ready to win their 10th daCosta Cup title. He said they will undergo continuous professional counselling up to the start of the final.

“We have a psychiatrist ready to talk to them. We have been putting everything in place. They know the task at hand – get back the daCosta Cup title – so we are focusing on that. They are sad but they are also upbeat and ready for the game.

“We have to dedicate this one to Mr ‘Manny’, so we have to use that as a motivation for them to win it for him. We are also coming off a loss against Kingston College (KC) so that alone should motivate them to bounce back to try and get that silverware,” Hyde said.

The daCosta Cup, played for by schools in rural Jamaica, is Clarendon’s last chance to win a title this season, as KC knocked them out of the Champions Cup, which is contested by the top rural teams and their top urban counterparts. They must win the daCosta Cup to be able to contest the Olivier Shield with the winners of the urban Manning Cup.

According to Hyde, Peart, a part of Clarendon’s management team since 1994, was close to the players, being involved in their lives since they played in the rural under-14 and under-16 schoolboy competitions.

In the meantime, Hyde is impressed with the players’ efforts during an early morning training session yesterday.

“We trained in the morning. We looked good, and everything was up. The players are alright. Everybody up and ready, and it is just for us to go and play some good football and win the match,” he said.