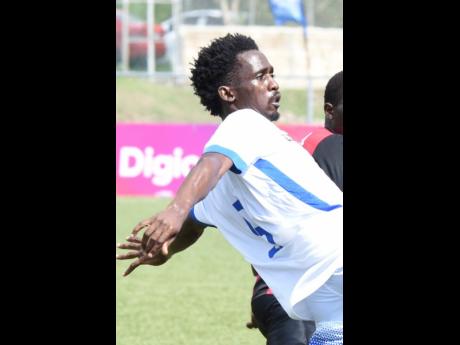 Jevick MacFarlane’s 86th-minute strike gave Portmore United their first win in five matches in the Jamaica Premier League (JPL) this season at the Anthony Spaulding Sports Complex last night and coach Philip Williams is hoping they can continue the winning trend when the competition resumes in late December.

“It was a decent performance. We controlled the game from the start to the end and we created a lot of chances but we weren’t clinical with those chances. Thank God for Jevick, he scored the goal that gave us the first win of the season,” he said.

He noted that although they have been playing well, they lacked the cutting edge. Nevertheless they have remained unbeaten and he thinks they have established a sound foundation to build on.

“We have been playing well all season but just not finding the extra edge to get the three points in this league.

“What we have done with the first four games, although we haven’t won them, is set a foundation we can build on and these three points are welcomed as they ensure that we move up the table,” he said.

Portmore controlled the first half and created a few openings. Their best chance came 10 minutes from halftime when Keny Charleston dismissed his marker three yards out but could not beat goalkeeper Kemar Brown.

Veteran Rodolph Austin also came close in the final minute of the half but he thumped his header over from six yards.

After the break, the St Catherine-based Portmore continued to force Chapelton on the backfoot and threatened constantly with half chances. However, Chapelton kept their opponents alert with a few quick breaks of their own.

The winners eventually broke the deadlock when MacFarlane latched on to a defence-splitting pass and fired into the roof of the net with just four minutes to go.

“I think it was a credible performance to hold a team like Portmore United for 86 minutes,” Chapelton assistant coach Tashawna Vincent said.

“It was commendable and we had our moments where anyone of us could have gotten something. It is a tough pill to swallow.”

The wins put Portmore joint sixth in the table on seven points with Humble Lion, but below Arnett Gardens and above Dunbeholden on goal difference.