Says England coach has answered critics ahead of France quarters 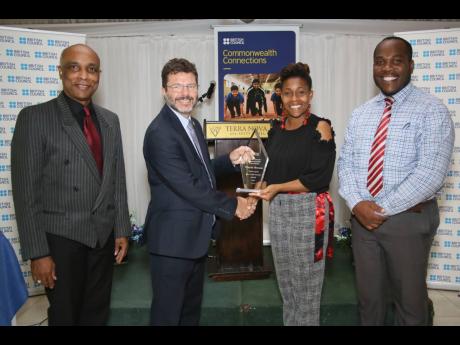 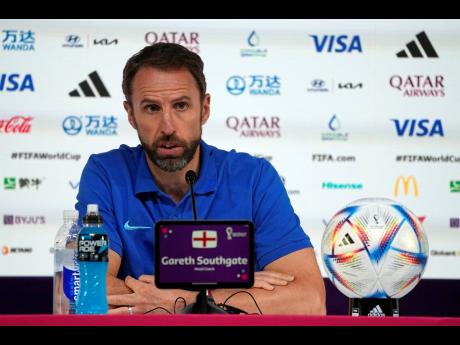 AP
England’s head coach Gareth Southgate speaks to the media during a press conference at the Qatar National Convention Center on the eve of the Round of 16 World Cup soccer match against Senegal in Doha, Qatar on Saturday.
1
2

FOR ALL the pressure and criticism that England head coach Gareth Southgate has been under before and during the 2022 World Cup in Qatar, Deputy British High Commissioner in Jamaica, Daniel Shepherd, says that he has, so far, answered them with...

FOR ALL the pressure and criticism that England head coach Gareth Southgate has been under before and during the 2022 World Cup in Qatar, Deputy British High Commissioner in Jamaica, Daniel Shepherd, says that he has, so far, answered them with strong results as the quest continues for their first title in half a century.

England will face reigning champions France on Saturday with momentum riding from their 3-0 victory over Senegal in the round of 16. While the build-up has been difficult with England being relegated from League A of the UEFA Nations League and facing personnel concerns, particularly with the inclusion of defender Harry Maguire or how midfielder Jordan Henderson fit in the team, Shepherd said that Southgate has allowed his team’s play to speak for itself.

“In some ways, we have gone in with slightly lower expectations. We didn’t have a great Nations League campaign and that was where some of the digs and the criticism started to creep in. But it has been answered on the pitch,” Shepherd told The Gleaner.

“With all the criticism about whether Henderson was starting and look how Henderson played against Senegal with that opening goal and really linked up the play very well. So I think Gareth Southgate is really answering his critics with his team selection.”

England have scored 12 goals so far in the tournament from a team that has retained a good part of the squad that lost the European Championships final last year to Italy along with some mainstays from the squad that went to the semifinals four years ago.

In 2013, then FA chairman Greg Dyke set out the target for the England men to win the World Cup with an additional goal of making the Euro 2020 semifinals as part of the development. While those comments were later retracted in not wanting to put pressure on the team, England surpassed that semifinal target. Shepherd believes that the team is on the way to achieving the ultimate goal.

Standing in the way though, Shepherd was quick to point out, are France, who are difficult to contain, especially given the form of talismanic Kylian Mbappe.

“I think whoever wins has a very good chance to go all the way. But if you draw France as early as the quarterfinals, it is going to be a big challenge. Mbappe has been outstanding this tournament. But England have surprised and shown their critics what they can do. It will be quite a contest whether it’s Kyle Walker or whoever Southgate chooses to take on Mbappe, it will be an intriguing contest.”

The only regret that Shepherd has is that an encounter fit for a final is only good for the last eight.

However, he says that England should be confident given the goal contributions from the team.

“I think you have got, in some ways, a very broad team. You can change a lot of the front line and it still works. We have seen how the goals have been spread around, so the team is going into this next round in very good spirits and I am very optimistic.”