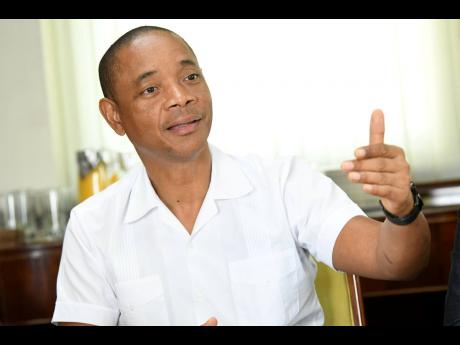 THE JAMAICA Football Federation (JFF) has been making considerable strides in improving the structure of the organisation in recent months, and they continue to implement changes and policies to make it more reputable and trustworthy. General...

THE JAMAICA Football Federation (JFF) has been making considerable strides in improving the structure of the organisation in recent months, and they continue to implement changes and policies to make it more reputable and trustworthy.

General secretary Dennis Chung revealed recently that the JFF has four new policies it aims to put in place between now and early next year. He expects these policies to have a positive influence on the operations and image of the federation.

He revealed that they expect to have the procurement policy approved by the end of the year and the other three to be passed by the first board meeting of 2023.

“These policies we are trying to put in place is just a matter of time. The first one is the procurement policy, so that it can be sent to FIFA. We have committed to FIFA that we will get it to them by the end of the year.

“So the change in the statutes, the constitution for the voting are going to congress to be approved in December,” he said.

“I have sent out the (2021) congress report and at the back are all the statutes that will be in place once approved.

“Then early next year we will try to implement the sexual harassment, the whistle-blowing policy and the code of ethics. Once these are in place, we think we will have a proper governance structure framework in place for the organisation to build on.”

He noted that the whistle-blowing policy will give the clubs and federation staff the power to address wrongdoings in their organisations without implications.

The sexual harassment policy is important for parents to feel a sense of security.

“The whistle-blowing policy gives staff the ability to point out things that are going wrong and to speak to an independent person or authority.

“This will enable us to investigate matters and have them dealt with, and it protects anybody who wants to speak out. So it gives us another layer of protection against anything going wrong.

“The sexual harassment policy is important because we have so many young kids playing for us and you want to ensure parents feel safe, when allowing their children to participate with football teams.

“This policy will also guide the behaviour of those thinking about coming to work with the JFF but it is a preventative feature to make parents comfortable and for people to feel comfortable knowing there is no conflict of interest in persons being selected,” he reasoned.

These policies would also be applied internally, to also create that type of environment within the federation.

Both the whistle-blower and sexual harassment policies have already been developed and have gone to the board for comments. After it is finalised, it will be put forward at the first board meeting next year for approval.

“Early next year we want to put those policies in place. There are other policies that FIFA has asked us to implement, such as a procurement policy.

“That will be in place before the end of the year so we can go to FIFA, and we are working very close with FIFA to ensure that these policies are in place,” he said.

Meanwhile, before and during the 2022 World Cup qualifying campaign, a number of players publicly criticised the federation.

More recently, captain and goalkeeper Andre Blake made unflattering comments on the back of the hiring of new coach Heimer Hallgrimsson, while Leon Bailey, for the second time, made disparaging comments about the JFF in a social media interview.

Chung disclosed that they are looking at putting a code of ethics in place to govern player behaviour and leaks of confidential information by staff.

“The board has asked us to look at it and we will be putting it in place as soon as possible because people are speaking out of turn.

“Many times it is not factual and it reflects poorly on the federation and it creates a distraction from what we really want to do.

“So we are looking at crafting a code of ethics policy that would apply to persons in football teams, coaching staff, directors, everybody in the organisation will have to follow.

“That code will also point out what are the consequences for breaches. So it will be very clear what sort of consequences we are looking at,” he said.

He added that they will educate everyone on these policies, but once in place he is confident the public will develop greater trust in the organisation.

“There will be more trust from people that the JFF is a more transparent and trustworthy organisation. We ask people to pay and come to matches and we ask sponsors to put money into our organisation, so we have to be transparent. We believe once these policies are approved, they will definitely make a positive difference.”