Madelyn’s Sunshine must be wary of dangerous Duke 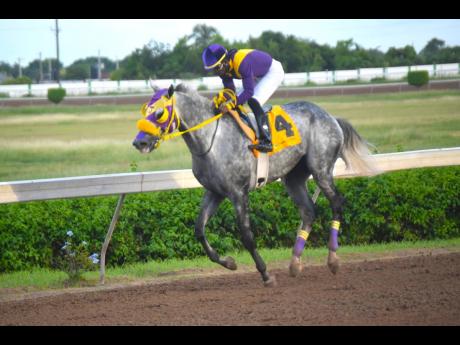 EXCESSIVE FORCE’s Mouttet Mile victory last Saturday points to MADELYN’S SUNSHINE as the horse to beat in this week’s MBet Summit of Speed Trophy feature at six furlongs after her one-length loss against him at the trip on November 12.

However, similar to the Mouttet Mile, kamikaze among MAHOGANY, RUNAWAY ALGO and ATOMICA, runner-up DUKE could benefit from a collapsing pace should MADELYN’S SUNSHINE and GOD OF LOVE run themselves ragged on the lead.

Neither speedster will want to let go of the other at six furlongs, considering their blinding speed. GOD OF LOVE might have beaten overnight-allowance runners last time out but is really a top-notch open-allowance sprinter, routinely allowed to plunder the lower level on class-relieves handed by the conditions book.

Whenever he steps up to open allowance as light as he does this week, 114lb, GOD OF LOVE regularly chases the likes of MAHOGANY, and previously, his late stablemate, PATRIARCH, into the lane, proving he can more than hold his own among the land’s top speedsters.

Though winning back-to-back races after debuting April, three-year-old importee MADELYN’S SUNSHINE appeared to be an average sprinter. However, she returned from a two-month lay-up in September to win at five furlongs straight before impressing in 1:04.3 at five and a half furlongs a month later, albeit on a fast track.

Proving her fast-time win was a solid performance, MADELYN’S SUNSHINE ran her heart out at six furlongs in the Port Royal Sprint on Jamaica Cup Day a month ago, shaking off DUKE a furlong and a half out, but couldn’t hold off a flying EXCESSIVE FORCE, who won by a length in 1:12.1.

MADELYN’S SUNSHINE is not badly off at the scale, coming in at 118lb, allowing a dangerous GOD OF LOVE four pounds with Dane Dawkins. DUKE has topweight 126lb, putting him at a disadvantage against the speedsters but don’t rule out them playing into his hands.

DUKE is no stranger to weight, clocking 59.3 at five furlongs round late October, beating LABAN, who duly franked the form two runs later. There’s no telling what will happen on the lead between MADELYN’S SUNSHINE and GOD OF LOVE, so keep DUKE close after his storming second-place run in the Mouttet Mile.