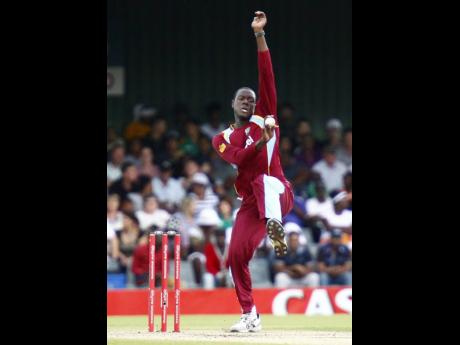 All-rounder Carlos Brathwaite wiped out the Galle Gladiators top order with a devastating four-wicket haul to set up Kandy Falcons’ five-wicket victory and extend their unbeaten start to the Lanka Premier League.

The former West Indies white-ball captain, who has not played international cricket in three years, snatched four of the first five wickets to end with four for 14 from four overs of medium pace, as Gladiators were held to 121 for eight from their 20 overs on Wednesday night.

In reply, Falcons raced to their target with five overs to spare, Kamindu Mendis top-scoring with 44 from 34 balls, and openers Pathum Nissanka (22) and Andre Fletcher (20) providing support.

Falcons top the five-team standings with four points from two matches, ahead of the also unbeaten Jaffna Kings on net run rate.

Choosing to bat first in Wednesday’s double-header, Gladiators were quickly in trouble when Thanuka Dabare drove the second delivery back to seamer Zahoor Khan (2-26) without a run on the board.

Brathwaite then took command for Falcons. He first got Azam Khan (one) caught in the deep, before having Nuwanidu Fernando (13) taken at point in his next over, the fourth of the innings.

With no addition to the score two balls later, he bowled Iftikhar Ahmed without scoring, with a peach that straightened to rattle the off stump, and completed his haul by getting captain Kusal Mendis (14) to sky to fine leg.

Movin Subasingha lashed a top score of 40 from 38 deliveries, combining with Imad Wasim (34) in a 65-run, sixth-wicket stand to pull the innings around from 28 for five in the sixth over.

West Indies right-hander Fletcher then belted three fours and a six in a 14-ball knock, adding 30 for the first wicket with Nissanka, who put on a further 29 for the second wicket with Mendis.

The game was put to bed in a 34-run, fourth-wicket between Mendis, who stuck four fours and a brace of sixes, and West Indies all-rounder Fabian Allen (10).