Coach Tite: It’s not about disrespecting our opponents. It’s just who we are. 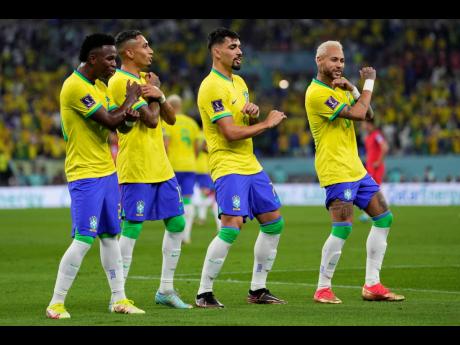 AP
Brazil’s Neymar (right) celebrates with team mates (from right) Lucas Paqueta, Raphinha and Vinicius Junior after scoring his side’s second goal during the World Cup round of 16 match between Brazil and South Korea, at the Stadium 974 in Al Rayyan, Qatar on Monday. 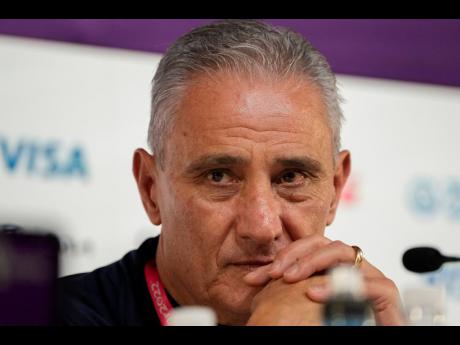 Brazil want to keep the dancing going at the World Cup when they face Croatia today with a spot in the semifinals on the line.

The Brazilians have made it clear they will not back down from their goal celebrations in Qatar despite criticism by some.

“It’s part of the Brazilian culture,” Brazil coach Tite said yesterday. “It’s not about disrespecting our opponents. It’s just who we are.”

Tite himself was dancing with his players after Brazil scored in the 4-1 win against South Korea in the round of 16 on Monday.

“The goal is the most important moment in football, not only for those who score them, but for the entire country,” said Vinícius Júnior, who had already been criticised for his dances while with Real Madrid. “We still have many celebrations left, and hopefully, we can keep scoring and dancing like this until the final.”

To keep dancing, though, Brazil will have to get past a tough Croatia side that is led by Luka Modric and is trying to return to the World Cup final four years after falling short of the title against France.

“We want to do more,” Modric said. “We must not be satisfied only with reaching the quarterfinals. We know that we have strong opponents ahead of us. We have our own strengths and we have faith in ourselves.”

Modric knows some of the Brazilians well as he plays with Vinícius Júnior, Rodrygo, and Éder Militão at Madrid, which also had Casemiro in the squad until recently. Vinícius Júnior said Modric was a reference for him and that he learned a lot from the 37-year-old veteran midfielder.

“It’s very nice to hear Vini compliment me. He is a great guy, and we have a very strong relationship,” Modric said. “He’s made progress since joining Real Madrid and has been showing that at the World Cup. We have a difficult task to try to stop him.”

Like Brazil, Croatia have conceded only twice so far at the World Cup. The team defeated Canada 4-1 before 0-0 draws against Morocco and Belgium in the group stage. Croatia drew 1-1 with Japan in extra time in the round of 16, eventually winning in a penalty shoot-out.

Four of the last five matches by Croatia at World Cups have gone to extra time. The national team has been successful in seven of their last nine knockout matches at the tournament.

Brazil are looking for the team’s first victory over a European team in the knockout stage of the World Cup since the South Americans’ win against Germany in the 2002 final.

Brazil opened this tournament with wins over Serbia and Switzerland before losing to Cameroon with the team’s reserve squad in their final group game. The Seleção dominated from the start in their win against South Korea in the last 16.

Neymar, another Brazilian who celebrated by dancing, is set to start again after returning to the line-up against South Korea following a right ankle injury sustained in the opening win against Serbia.

Brazil will be playing in their eighth straight World Cup quarterfinal, and 14th overall –joint-most with Germany. The national team has lost three of their last four quarterfinal appearances and were embarrassed as the host nation in the 2014 semi-finals in a 7-1 defeat to Germany.