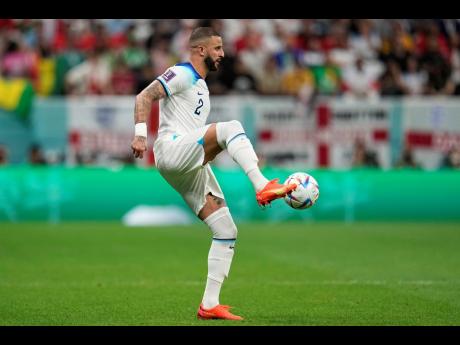 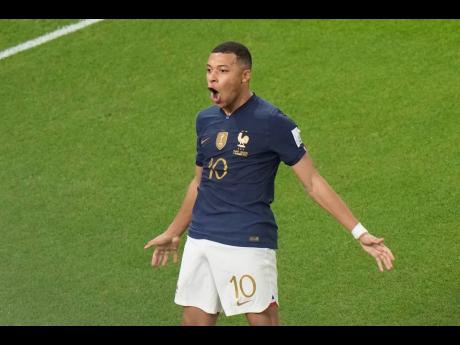 England’s players have been asked one question over and over again as they prepare to face France in the World Cup quarter-finals today. How do you stop Kylian Mbappé?

Hardly surprising, given Mbappé is the tournament’s leading scorer with five goals and is widely considered the man to succeed Lionel Messi and Cristiano Ronaldo as football’s biggest star.

“I’m sure England will have prepared to face Kylian,” France coach Didier Deschamps said at a news conference yesterday. “But Kylian is in the position to make a difference.

“Kylian is Kylian and he always will be.”

There is no sense of France trying to manage the expectations of their star player, even as the hype surrounding him grows with each stellar performance in Qatar.

He has already scored one more goal than the four he managed as his country won the 2018 World Cup in Russia.

In the round of 16 in Qatar, he struck twice as the defending champions beat Poland 3-1, with two thunderous shots past goalkeeper Wojciech Szczesny.

“He cannot be compared to other players,” France defender Dayot Upamecano said.

Mbappé is being depicted as an unstoppable force in Qatar –something England defender Kyle Walker pushed back against this week.

“I don’t know how to say it even more: I feel he is a top player. I’m not underestimating that one bit, but we are not playing tennis, it’s not a solo sport,” he said after being faced with a series of questions about the Paris Saint-Germain striker.

England captain Harry Kane yesterday praised Walker, who also was his teammate at Tottenham for several years, as “a fantastic defender. He’s been probably the most consistent right back there has been for the last 10 years.”

But France’s players seem happy to feed the narrative that Mbappé is simply unstoppable.

“If he (Walker) can stop Kylian Mbappé, good for him,” said midfielder Youssouf Fofana. “But 19 other teams in Ligue 1 have been waiting for the solution. The truth will come from the pitch.”

Walker will have the job of trying to limit the damage Mbappé can inflict on England’s defence at Al Bayt Stadium. But, rather than merely trying to contain France’s biggest threat, discussion this week has been about how bold Three Lions coach Gareth Southgate is prepared to be in response.

England reached the semi-finals in 2018, losing 2-1 in extra time to Croatia when trying to protect an early lead.

“Whether we had the full belief to go and win the tournament, I’m not quite sure,” Kane acknowledged.

England also led early in the European Championship final last year, finishing 1-1 with Italy and losing the penalty shootout at home at Wembley Stadium. Again, Southgate was criticised for a too-cautious approach.

“I very much like Gareth. If I understand correctly, not everyone appreciates him so much in his own country,” noted Deschamps.

Southgate’s team has played with more freedom at this World Cup, with a more attacking style leading to 12 goals in four games to tie Portugal as leading scorers.

Southgate has opted to play with a back four so far, but could switch to a five-man defence to try to cope with Mbappé.

“Nobody was complaining about us playing a five before we reached the Euros final,” said Walker. “I think it’s a bit harsh to judge him on what we’ve done previously. I think, at this tournament, we have been playing good attacking football and scoring a lot of goals.”