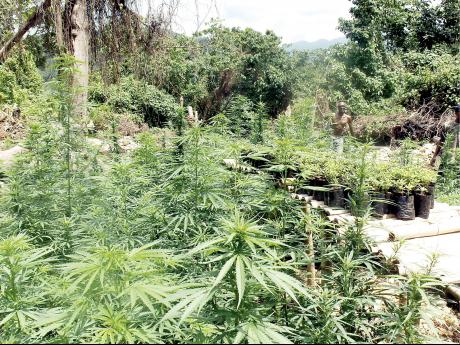 A ganja farm hidden away in deep rural Jamaica, where local farmer having been breaking the law over the years to earn a livingtfrom the plant. 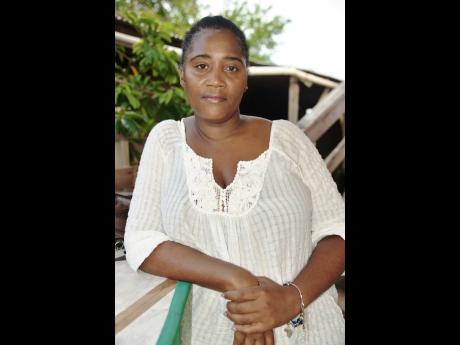 Mark Titus
Kathie Lennon, a member of the steering committee of the Ganja Future Growers and Producers Association and president of the St. Elizabeth Ganja Farmers Association, has been planting and experimenting with ganja for over 25 years.
1
2

With Science, Technology, Energy and Mining Minister Phillip Paulwell recently stating that Jamaica plans to become a world leader in exploiting the economic value of ganja, ganja stakeholders are of the view that the government is finally seeing the light they have been basking in for a long time.

In fact, during a recent visit to their community by Justice Minister Mark Golding, Security Minister Peter Bunting and Tourism Minister Wykeham McNeil, residents of Orange Hill, near Negril, Westmoreland, told The Western Focus that, ganja is the 'life blood' of their community

"A ganja send most of the children from this area to school ... even up to the university level," said Clive 'Cubba' Pringle, an executive member of the Westmoreland Hemp and Ganja Farmers Association (WHGFA). "A lot of the businesses in this general area got their start through resources generated from the ganja business."

In declaring that Jamaica was ready to take the plunge into the expanding global ganja marketplace, Paulwell said while the government recognised that Jamaica might be behind countries such as the United States in terms of experimenting with ganja through research, Jamaica is now ready to make its mark.

"Many countries and some states in the United States of America are more advanced than us at this time,? said Paulwell, in declaring the government's intention. "We intend not only to catch up, but to pass those countries."

In terms of local knowledge and expertise, it would appear that the country is not short in that regards as persons such as Kathie Lennon, a member of the steering committee of the Ganja Future Growers and Producers Association and president of the St Elizabeth Ganja Farmer's Association, has been planting and experimenting with ganja for over 25 years.

"My fascination with ganja began when I realise that even the very sails on the boat that took Christopher Columbus to the West Indies were made from hemp (a strain of ganja)," said Lennon, who was in Orange Hill, the undisputed 'ganja capital' of the west, for the visit by Bunting, Golding and McNeil.

"Over the years, I have gained valuable knowledge about hemp seed food, hemp oil, wax, resin, rope, cloth, pulp, paper, and fuel, as well as building materials that one can get from the wonderful plant," added Lennon.

While she was not a beneficiary of ganja resources in receiving her own tertiary education, Lennon said she was associated with persons who have educated their children and created their economic base out of ganja.

"I have this couple who had two sons, but they were very poor. I taught the father how to plant the marijuana and apply a bit of science to his cultivation, he has been successful in sending his boys through university and has even given me an incentive for my assistance," said Lennon.

With Jamaica now seriously eyeing a substantial slice of the ganja pie, albeit primarily on the medical front, prominent St Elizabeth businessman Howard Hendricks, the president of the parish's chamber of commerce, says he is ready to donate two acres of land to build a ganja research centre in that parish.

'Everybody is gearing up to get a piece of the pie (ganja) but nobody is here to help those people who are putting in the ingredients for the pie," said Hendricks. "... my concern is for those traditional farmers who have had to face the hard times during the illegal day ... and so I have decided to commit and donate two acres of land for the establishment of a research centre in Malvern (St Elizabeth) for the growers there."

However, in Orange Hill, the residents want the government to go the route of Colorado, where the sales of recreational ganja is big business and raking in millions of dollars through the taxes being generated.

"The first thing that a visitors to Negril usually asks for is, the Jamaica ganja ... it is a world renowned brand," said Clay Smith, a Negril boat operator. "If government was to pursue recreational ganja, we would not have hands to count the taxes it would generate."

While recreational ganja is not currently on the radar of the government, there is nonetheless a plan to include the small man in its foray into the new ganja industry.

"I want to assure all interests, especially those small farmers, who might feel that their experience might not be utilised ... we are creating a framework for that experience to be utilised," said Paulwell. "... they should not feel endangered by larger businesses coming to gobble up the market."