Sumfest... the filler that became a staple 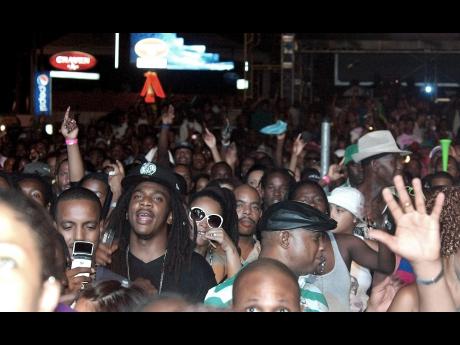 Contributed
Happy patrons soaking up the excitement at Reggae Sumfest. The festival has been a major crowd-puller over the years.

When the promoters of Reggae Sunsplash took the decision to pull out of Montego Bay in 1992, after being a staple in the western city since 1978, an eerie gloom fell over the tourism capital, which had the festival as a major summer attraction.

With its main 'calling card' ripped away, business stakeholders in Montego Bay, some of whom had taken Reggae Sunsplash for granted over the years, quickly realised that a disaster was looming unless a way was found to fill the void.

With Red Stripe deciding to come on board as a title sponsor, and the entire Montego Bay throwing its verbal, if not economic, support behind the festival, Reggae Sumfest seamlessly replaced Reggae Sunsplash in 1993.

"This is something we have to do ... a summer without a major festival in Montego Bay will be a disaster," Morris told journalist at the launch of the new music festival, which took place on the lawns of the now defunct Coral Cliff Entertainment Lounge.

"As Montegonians, we just have to put our various areas of expertise together and let it happen for us," he added.

Despite minor obstacles such as the Marley family refusing to have the name of the reggae icon associated with the undeveloped Catherine Hall venue, which was originally being called the Bob Marley Entertainment Centre, the promoters were committed to attaining success.

Based on the goodwill persons such as Morris had developed with several artistes through the staging of his then popular Reggae on the Great River series, the inaugural staging of Reggae Sumfest was rich in musical excitement and support.

Over the years, Reggae Sumfest has evolved from just being a filler to one of the world's premier music festivals, attracting major international stars such as Boyz II Men, Destiny's Child, Usher, Joe, Lionel Richie, 50 Cent, Nas, Snoop Dog, Ashanti, and Chris Brown, among a host of other stars.

"Reggae Sumfest is here to stay - no question about that," Russell told Western Focus recently. "Like Jamaica. Reggae Sumfest is an international brand ... that is why we are able to bring so many thousands of visitors to the island annually."