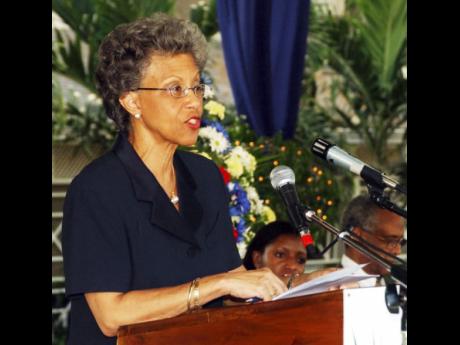 Based on a paper published in 2006 by development studies expert and former principal of the University of the West Indies, Professor Elsa Leo-Rhynie, inappropriate parenting is one of the primary factors causing family dysfunction in Jamaica.

In Leo-Rhynie's research paper titled, Social Toxins and Our Children: Can the Pollution be Stopped?, it revealed "high levels of adolescent sexual activity, most of it irresponsible and unprotected" and that, the irresponsible sexual behaviour among young people has serious implications for their health, their schooling, their work lives, their parenting and the socialisation of the next generation.

"Young people do not understand the demands which parenting will make on them, and the educational programmes which are designed to prepare them for family life are often taught long after students have become involved in sexual activity and are at risk of becoming parents," the paper stated.

"When a young mother is forced to discontinue her education, she is unable to develop fully those skills which she will need in order to provide the basic necessities for herself and her child. Her financial and emotional burden may lead her into a new sexual relationship which provides some short-term security, but which results in a second or third pregnancy, increased anxiety, irritability and intolerance, and reduced ability to provide the emotional, intellectual and physical stimulation needed to optimise the children's development and to effectively socialise the next generation," it added.

Leo-Rhynie said these, among other factors, lead to a home environment in which resentment, anger, intolerance, and impatience abound and in which these feelings are expressed in harsh and indecent language which is used to children. Accordingly, she said, there is no respect for childhood shown by parent and, therefore, no respect for age demonstrated by children.

"Poor parenting is normally associated with unstable homes, lack of family supervision and guidance, low motivation and self-esteem of parents, peer pressure, lack of play material, and domestic violence ... . Children in such situations are often left unsupervised and without proper guidance.

"Children very often are not provided with the warmth, the love and the positive feedback necessary for them to develop psychologically healthy personalities. It is not uncommon for children to have no verbal contact with adults unless they are being reprimanded, and being told how very worthless they are," Leo-Rhynie noted.

Leo-Rhynie's statements were made evident in 2013 at the Hopewell High School in Hanover, when during an empowerment session funded by the United Nations Children's Education Fund, adolescents shared stories of mothers telling their children that they should have aborted them, that they should "gwaan go dead".

Abuse, neglect and abandonment, delinquent parents, depression and self-mutilation were also some of the issues raised.