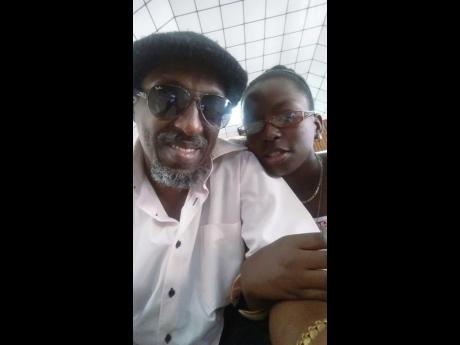 Ten-year-old Bliss McKay, the talented daughter of Montego Bay-based reggae singer Mackie Conscious, has achieved an enviable milestone in her budding musical career. She has earned a distinction in the Associated Board of the Royal School of Music (ABRSM) Grade Four Piano.

The fact that Bliss, who is not only able to read music, but to identify the various keys while a person is singing, did not come as a surprise to her father, who has scored hits on the local charts with songs like What If and Cellphone on His Hips.

"When she was a baby, she used to react to the musical jingles being played on the television," said Mackie Conscious. "It was obvious from then that music was in her blood."

The fact that Bliss' mother is an accomplished music teacher and her father has a recording studio at their home meant that music has been around her all her life.

"She started playing the piano from she was four years old... her mother would encourage her to learn and play little songs," said the proud dad, who himself has mastered several musical instruments, including the bass guitar. "She recorded her first song at age six, a song she wrote and titled La Princess."

With Bliss becoming more and more accomplished in her music each day, her dad has to be very careful when he is in the studio recording and she is around. The slightest mistake will catch her attention and she will point the error and make the correction.

"I can read the notes and play them, but she is able to hear and identify the notes, which is something I have not mastered," noted Mackie Conscious. "Her distinction in the Associated Board of the Royal School of Music came as no surprise ... she is a gifted musician.

It would appear that having tested her vocal competence on her debut song, La Princess, Bliss appears set to walk into her father's footstep as a recording artiste. The father and daughter recently recorded a catchy duet titled Nobody Nuh Business.

Bliss, a student at the Montego Bay-based Christian Academy, among 50 other musicians at varied levels who were invited to perform at the ABRSM High Scorer's Concert at the UWI, Mona in Kingston in June. This is an annual event where the candidates who sat the London-based music examination and achieved the highest scores are invited to perform.

Bliss is one of three young musicians from western Jamaica who performed at the ABRSM High Scorer's Concert at the UWI. The others were Joseph Davis and Paul Spence.

The Piano Grade Four examination consists of three pieces chosen by the candidate from the appropriate lists in the current syllabus, scales and arpeggios, sight-reading and aural tests. Total marks in all individual practical exams are 150. 100 marks are required to achieve a pass, 120 marks to pass with a merit, and 130 marks to pass with a distinction.