The west… the capital of D’Cup success 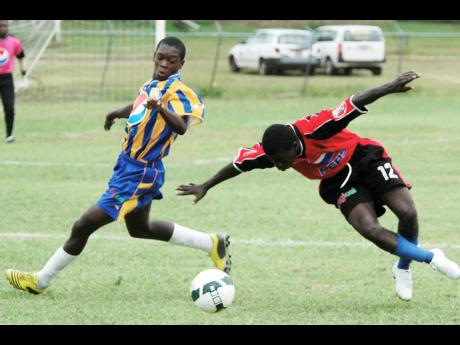 Since the daCosta Cup, the symbol of rural schoolboy supremacy, came to the fore in 1950, western Jamaica has been easily the most dominant region, winning the coveted title 37 times out of the 50 contested seasons - there were no competitions in six years.

In its inaugural staging, Munro College emerged as the winner. However, they did not receive the trophy, which was made in England and did not arrive in Jamaica on time for the championship game. However, the St Elizabeth school ensured that they were the first team to lay hands on the trophy as they won again in 1951, and for good measure, again in 1952.

With Munro laying a firm early foundation for the west, the region went on to dominate for the next 15 years, with the title changing hands only between Munro (seven wins) and Cornwall College (six wins). There were no competitions in 1954 and 1960.

The protracted dominance by western schools was finally broken in 1965 when Vere Technical High School, with the brilliant Allan 'Skill' Cole, won the title. Vere went on to register six consecutive wins. In fact, had it not been that the competition was abandoned in 1972 and not played in 1973, the awesome Vere might well have won eight titles in a row.

When the competition resumed following the one-year break in 1973, the west again soared to the fore, with St Elizabeth Technical High School (STETHS) copping the title in 1974. However, for the next seven years, the west was left in the cold as mid-island schools - Vere Technical, Clarendon College and Dinthill Technical - took turns at winning the coveted cup.

However, the west returned with a vengeance in 1982 when Cornwall College won, breaking the school's 19-year drought without a title. The Montego Bay-based school, which has since become the competition's 'winningest ' team with 12 titles, also won in 1983.

Rusea's High School, the undisputed champions of the 1980s, took over from Cornwall College in 1984 when they won the first of their nine titles. In 1985, Rusea's created history as in addition to retaining their daCosta Cup title, they also won the Ben Francis Cup, the Olivier Shield, and the Nutrament Shield - the first and only 'grand-slam' in the annals of Jamaica's schoolboy football.

When Rusea's dominance was briefly broken, it was yet another western Jamaica-based school that took charge as Herbert Morrison Technical High School won in 1986 and 1988.

After Rusea's bounced back by again winning in 1989 and 1990, Clarendon College ended the region's nine-year dominance when they won in 1991. While the west has not hit another 'purple patch' since then, it has nonetheless remained a major force, winning 14 times in the last 24 years.

In that period, schools such as Frome Technical High School, Godfrey Stewart High School, and St James High School have stepped forward to join Cornwall, Munro, STETHS, Herbert Morrison, and Rusea's as champions from this region.