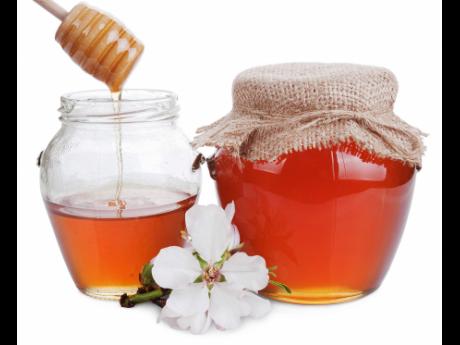 While some residents are bemoaning the lack of employment opportunities in Hanover, others have been busy busily creating an economic pathway for themselves in the field of apiculture.

Oran Davidson, 18, is the youngest established bee farmer in Hanover. He got involved in bee farming when his father, Sydney Davidson (now deceased), took him to his apiary for the first time when he was 10.

Two years ago, while a student at Cornwall College, Oran's father died. He basically inherited his father's apiculture business, Jamaica Imperial Honey. Within two years, the business grew from 100 colonies of bees to 150.

"I was in 10th grade and my mother was really the one taking care of the bees because I had school and CXC (Caribbean Examinations Council Examination) was coming up," said Davidson, explaining the situation immediately after his father's death.

"So, after finishing school, I took it over full-time. It is a good business to venture into, money and the price of honey, and the demand for it is very high. A 750-millilitre bottle of honey fetches between $1,500 to $2,000 in supermarkets and 15 to 20 good-producing colonies can yield a drum of honey, which equals 250 of the 750 millilitre bottles."

Davidson, who shelved his plan to enroll in the College of Agriculture Science and Education (CASE) to keep the business he inherited afloat, supplies honey to pharmacies in Savanna-la-mar and supermarkets in Hanover, St James and Westmoreland. He also sells to middlemen, who retail to hotels.

Despite recently falling prey to praedial thieves, who stole one of his colonies, Davidson is seeking to strengthen the business. He is enrolled at the Kenilworth HEART Academy, where he is pursuing a course in apiculture management part-time. He also plans to attend CASE, where he wants to specialise in beekeeping, agro-processing and agro-marketing.

Similar to Davidson, Clover Holness, inspired by his father, who had sold her a box of bees, has been involved in beekeeping for the last seven years.

"After that, I bought another 10 boxes from him and he helped me for the first year," said Holness, a mother of three. "... At my first reap, I got about 10 buckets of honey. After that year, I increased (colonies) to 25. I would go out with him to his apiary so I got the hands-on approach on how to feed and how to spot the different diseases and so on ... ."

"It is a worthwhile investment ... I would never give up on it. No matter the challenges that come with it," said Holness. "That's why I even enrolled in the class at Kenilworth to know what to do and do it better where apiary management is concerned."