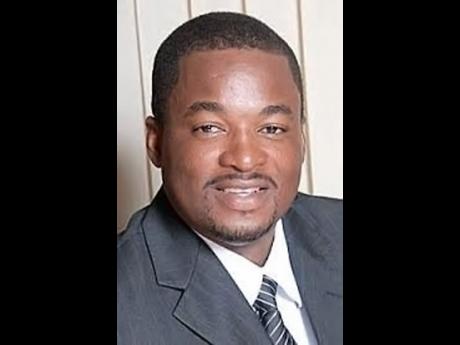 Businessman Heroy Clarke, the Jamaica Labour Party's (JLP) candidate for Central St James, is blaming the parish's spike in crime on the failure of the authorities to properly fund social-intervention programmes so that they can become sustainable.

"I have observed that many crime-prevention initiatives have been tried over the last 10 years to include JSIF (Jamaica Social Investment Fund ) and the CSJP (Citizen Security and Justice Programme), however, the impact has been limited as the intervention programmes lack the necessary funds to make a sustainable impact over the medium to long term and are considered to be only token in most cases."

Clarke, who unsuccessfully contested the Central St James seat against incumbent Member of Parliament (MP) Lloyd B. Smith in 2011, says be believes the State is losing the battle against crime in St James, which has seen close to 150 murders since the start of the year.

"I wish to state very clearly, St James is losing the battle against crime, especially in the medium to long term. The present crime spike is yet another strong indication of this," said Clarke. "I am once again renewing my call for a more structured approach to fighting crime and violence here in St James."

Speaking against the background of reports that from as far back as in 2012, grant funds were received from the United Kingdom's Department for International Development for the Citizen Security and Justice Programme to be allocated for community mobilisation and governance, socio-economic opportunities, community violence-prevention services, and community, crime-prevention services, Clarke said funding is badly needed in places like

" I am, therefore, calling on the Ministry of National Security to allocate the majority of the funding from these and other

programmes for socio-economic opportunities," said Clarke, who once served as the councillor for the once-volatile Rose Heights community.

In speaking to the situation in areas such as Central St James, Clarke said the situation of unattached youth, who are not seeking to improve themselves academically, is becoming increasingly worrisome as they are the most vulnerable when it comes to crime.

"What is needed is a central St James (and environs) youth-leadership programme basically speaking to mastering numeracy and literate skills, increasing employment opportunities/entrepreneurial opportunities instilling heightened levels of disciplined -social behaviours, and heightened civic and political understanding of the society," said Clarke. This is needed in the age group