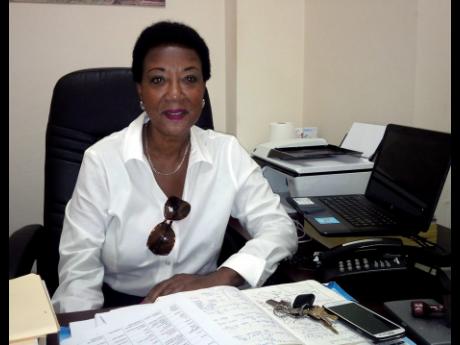 A year after the historic Montego Bay Civic Centre, which is located in the heart of Sam Sharpe Square in the western city, was transformed into the Montego Bay Cultural Centre (MBCC), there are now signs that the facility is ready to impact the island's rich cultural heritage in the tourism market.

Valerie Lewis-O'Bryan, the curator and manager of the cultural centre, told Western Focus that just recently, the MBCC became a registered entity and that there are now plans to open a performing arts theatre along with a bistro and a gift shop.

With the registration, the MBBC is currently ramping up promotion in the cruise-shipping piers across western Jamaica, thereby attracting more tourists to the city.

"We have tourists who still come here, but now, more will come because more promotion is being done," said Lewis-O'Bryan.

The curator outlined that between July 2014, when the facility officially opened, and January of this year, the MBCC attracted 12,000 persons.

Lewis-O'Bryan said students, who enter free of charge, dominate the persons visiting the facility; however, she said that a warped mindset continues to exist in Jamaica that prevents more locals from visiting facilities like the MBCC.

"The building looks a bit imposing, and there are certain people who figure that they can't go in there. We have the psychological retention that certain places are not for black people. We are thinking that maybe if we go in there, people will look at us or think it is for tourists," related Lewis-O'Bryan.

"This is a cultural home that we build for ourselves first. We have gone on the road and got the handcart men and vendors to come in here and see what we have because we have to get beyond this psychological block. that's one of our challenges," the curator added.

With regard to the performing arts theatre, Lewis-O'Bryan said that potential actors, actresses, and directors could get themselves ready to bring their plays to the MBCC, adding that things should be ready in three to six months.

For the past four months, the MBCC has been organising the 'Classics on the Cobblestone' event, which is aimed at promoting the best of Jamaica's music and artistry.

Lewis-O'Bryan is calling on corporate businesses in Montego Bay and throughout the western region to get on board and support the growing venture that features both new and existing music and cultural performers.

"The Montego Bay Cultural Centre is a vision in progress to uplift our people and to present the positive expressions of culture," the curator said.