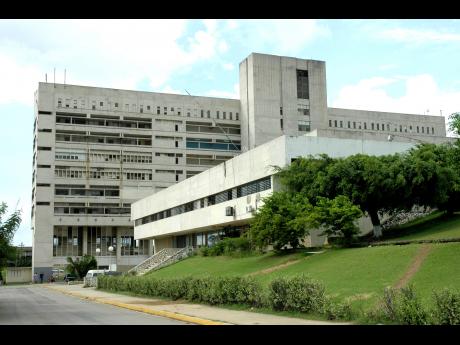 While the opening of the new state-of-the-art medical facility Hospiten Montego Bay has lifted private health care in western Jamaica to another level, based on recent statements by Calvin G. Brown, the chairman of Western Regional Health Authority (WRHA), that authority is also fully committed to delivering public-health care of the highest quality.

While speaking at a recent event to mark the 10th anniversary of the Cornwall Regional Hospital (CRH) Child Protection Committee, Brown said the WRHA would be pulling out all the stops to ensure the delivery of top-flight primary and secondary health care, especially at CRH.

"The board of directors and the management of the hospital are committed to doing everything possible to continuously improve the delivery of services, not only at the CRH, but throughout the entire region in both primary and secondary health care," said Brown.

While perennial issues such as the slow turnaround time at the Accident & Emergency (A&E) departments, insufficient beds, and shortage of medical personnel continues to be a

worrisome issue at the various public hospitals, much improvement work is being done to improve the situation.

The 400-bed Cornwall Regional Hospital, which is the premier public-health facility in western Jamaica, recently opened a state-of-the -art isolation unit, which puts that the facility in a state of readiness to isolate and care for patients with a range of deadly diseases to include the much-feared Ebola.

In addition, plans are afoot for the construction of a specialist paediatric hospital on the grounds of the Cornwall Regional Hospital. Upon completion, the facility is expected to function similarly to the much-vaunted Bustamante Children's Hospital in Kingston.

With a concerted effort now on for health centres in the western region to take on the less severe cases now clogging up the public hospitals, several clinics across the region are now being upgraded.

Within recent months, significant upgrading work has been done at the Green Pond Type 1 and the Cambridge Type 3 health centres. The Green Pond facility, which serves communities such as Farm Heights, Portobello, and Cornwall Courts, now has additional examination rooms and office space, which were added at a cost of $12.27 million; while renovation work, slated to cost $26.7 million, is now taking place at the Cambridge clinic.

However, despite his optimism about the WRHA's capacity to meet its mandate to provide high-quality health care, Brown was nonetheless cognisant of the fact that there is public concern about the quality of service being delivered at the CRH, which is the standard-bearer for public health in the western region.

In a recent statement in which he acknowledged the concerns being raised, the WRHA chairman said that while the physical plant at the CRH had deteriorated over the years, he was of the view that the quality of health care remained very high.

"It cannot be denied that over the years, time has taken its toll on some aspects of the physical plant, but I can attest to the fact that service delivery continues at a very high standard," said Brown.