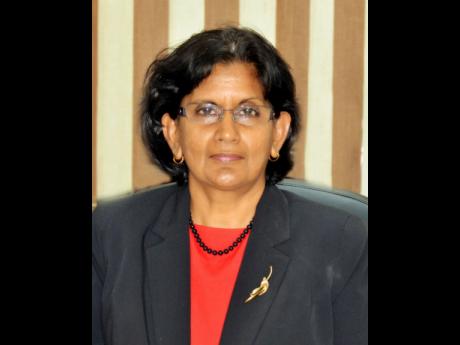 While the upcoming Mt Alvernia High School 5K Run/Walk is poised to be an integral part of the school's 90th anniversary celebrations, the event will also play the dual role of fundraiser as the income generated will go towards the sports programme at the Montego Bay-based all girls' institution.

The inaugural charity event, which is expected to bring out present students, past students, staff, parents, and well-wishers, will take place on Sunday, October 25. It will be staged following a thanksgiving church service at the Blessed Sacrament Cathedral.

In outlining details of the one week of celebrations, which will span Sunday, October 25, to Saturday, October 31, Therisa Cherian, the school's principal, said that she wants the run/walk to be successful because the school's sports programme, especially its track and field programme, requires a great deal of funding.

"We want to send our students to these external meets such as the annual Boys and Girls' Championships," said Cherian, who said that the school intends to have the students compete in both local and international meets.

This past summer, the school had the opportunity to send numerous students to compete at the Flying Angels Track and Field Club in Toronto, Canada, but unfortunately, only five students, who were able to come up with the financing, made the trip.

It is the hope of the principal that the run/walk will be successful as the school currently has a fine crop of athletes, who the coach believes will do very well.

"It is for a worthy cause because we want to send our kids to Penn Relays and have them there every year going forward," said Cherian, noting that the school finished 32 out of the 102 schools at the last staging of the ISSA Boys and Girls' Championships.

The run/walk, which will start at the school, will extend on to Howard Cooke Boulevard, from where participants will head to the Freeport Police Station and then double back along the same route to the school.

"We are now in a rebuilding phase and we are coming up slowly but surely," said Cherian, adding that in the past, the institution had a vibrant track and field programme that saw many of its athletes receiving scholarships both here and abroad. "Now that we have a nice set of athletes in the country doing so very well, the students are inspired."

The celebrations will conclude with am 'all-white retro party' at Pier One. It is open only to persons over 18 years of age. The proceeds from the party will go towards the refurbishing of the school's chemistry lab, which is in bad shape and which requires approximately $4.5 million of repair work.

The full itinerary for the week of celebrations reads as follows:

n Friday, October 30, 'Flash Back Fridaypast students will report to school in uniforms for a range of activities;

n Saturday, October 31 - All- White Party at Pier One.