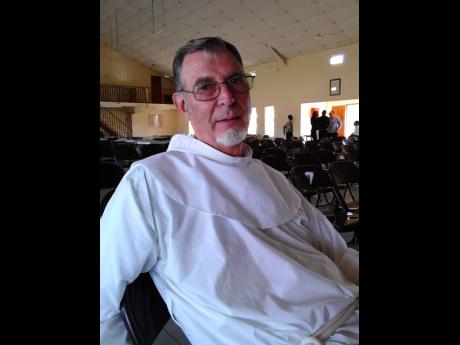 Some stakeholders in the counselling field are expressing concern about the shortage of professional services to meet the needs of persons afflicted with schizophrenia and other mental illnesses in western Jamaica.

Among them is Father Max Langenderfer, Franciscan parish priest of the St Joseph Catholic Church in Savanna-la-Mar, Westmoreland. The priest, who has been ministering in Jamaica since 2010, caters to mentally ill persons daily through his church. He attributed the deficiency in mental-health care to a lack of resources, shortage of mental-health personnel, and the town's drug culture.

"I spent five years in Malawi, which has a much lower standard of living than Jamaica; 20 years in Kenya. Most of our mission is with lower social classes of people, but I have never run into as much mental illness as I do here in Savanna-la-Mar, where it seems that schizophrenia is endemic," said Langenderfer.

"I have never had schizophrenia cases coming to me like they do here. I have never had the prevalence of a drug culture. Africa certainly has drug problems but nothing to the degree that we see in Savanna-la-Mar. I think that alcohol abuse is so prevalent that nobody is even paying attention to alcohol," the priest added.

Langenderfer said that while schizophrenic patients are able to access medication at the town's mental-health clinic, those who were drug abusers continued to roam the streets, trespass on other people's property, and even disrupt church services.

"There doesn't seem to be any serious attention given to the effects of long-time drug use other than throwing people in jail, and then after a few months, they are out again or lock them up in the hospital and after a few months they are out and then go back to the same as before," continued Langenderfer. " So while there is some treatment and some medications available, there certainly is not the resources or the help people need simply to keep off the streets."

"I don't know what mental-health facilities are available other than a ward at Cornwall (Cornwall Regional Hospital). Information about what to do is lacking. We call the police; they chase our cases (disruptive persons) out on to the streets ... the guys walk down the street (and) they come through the back entrance five minutes later," added Langenderfer.

Over in Falmouth, Trelawny, Carla Ledgister, social worker and president of the Trelawny Parish AIDS Association, said she was seeing a lot of younger mentally ill persons on the streets and recommended that interventions be undertaken now to help them. She said community members could also be trained to identify when others are entering deep depression.

"Enough is being talked about, but enough is not being done, and I can say this from personal experience. Right here in Falmouth recently, we identified a young lady who we could see that she is not mentally well, though she looked normal," said Ledgister. "Having spoken to her, we realised that she needed help. She was not from the parish and we couldn't get any mental health person to pick her up. The police asked me if she committed any crime yet and said she had to commit a crime for them to come.

"Then there are some persons who need to be institutionalised," continued Ledgister. "But they have too many people at Bellevue (Mental Hospital) that need to go home. Bellevue is full of people who can be reintegrated into society, but their families are not taking them. So an education drive must be undertaken to say, 'Take back your family members'."