Why not farming? - Farmers bemoan conversion of prime agricultural lands for housing 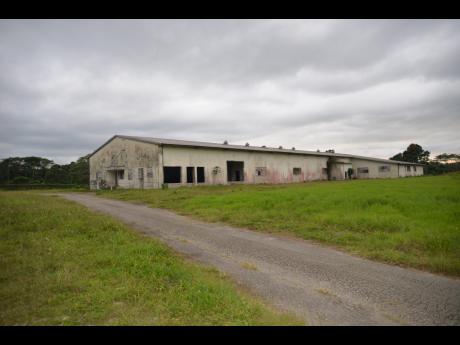 Karrie Williams
The exterior of one of the old food processing plants at the DBJ-owned Montpelier farms which is located at the St. James/Eastern Hanover border.

Some members of the agricultural sector are again expressing grave concern about the conversion of prime agricultural lands in some parishes in western Jamaica to residential areas.

Of concern to vice-president of the Veteran Farmers Alliance in Hanover, Collin Johnson, is the quest by the Development Bank of Jamaica (DBJ) to sell hundreds of acres of key agricultural lands, which it owns, at the Montpelier Citrus Company farm on the St James/Eastern Hanover border, to housing developers.

"That piece of land over there is fertile. It has water for irrigation. It's not like South St Elizabeth, where farmers are complaining about drought. In the long run, all that they are going to be doing is increasing our food dependency on imported food," Johnson said.

"Labour cost for hillside farming is very high, and the way to go forward to compete so that you can get the goods at the marketplace at reasonable price is to mechanise. You can't use tractors on hillsides, and those are good flat lands over there in the Montpelier area," he added.

In a status report posted on its website, the DBJ states that "a provisional preferred bidder was selected for the acquisition of 747 acres (for housing) and 28.16 acres of commercial property" at the Montpelier Farms, "subject to Cabinet approval". The bank said it invited tenders for the acquisition and development of the acreage in 2014 and received bids in January 2015.

"The MCCL property comprises three farms, with acreage totalling approximately 2,972 acres of land situated in the contiguous parishes of St James and Hanover and a 28-acre commercial facility ... ," the DBJ stated. The bank also said that 524 of the 2,972 acres of the farms was sold to a family-owned enterprise via vendors mortgage in May 2010.

In addition to Montpelier, Johnson also pointed to parcels of flat agricultural lands in western Hanover that are being converted to housing use. He said they should be made into agro parks and use mechanised farming techniques, which would reduce food-import bills at the hotels in Negril.

He also recommended that housing developments be done on slopes similar to those that have been constructed in the hills of Coral Springs in Trelawny.

"Moving forward, this Government has stopped a lot of things when they feel it fit, even calling in major audits for major entities. I think they should revisit the land-use policy and how they approve change of use of land from agricultural to housing. You see it happen in Bogue in Montego Bay; you see it happening in Trelawny, with large swathes of flat, arable agriculture land," he said.

"What I think is, for the developers, you know, it is cheaper for them to build on flat lands. It increases their profit margin because it is cheaper to put in the infrastructure on the flat lands, and what they do oftentimes, is benefit twofold by selling the top soil that could be used for farming to other companies for landscaping. I don't know if the Government is being hoodwinked into it or if it is a matter of he who pays the piper calls the tune," Johnson said.

Lloyd Buck, another farmer and executive member of the Hanover Branch of the Jamaica Agricultural Society, said he had some concerns about persons placing houses in an ad hoc fashion on farm lands, particularly in Hanover. He said if the trend continued, it could displace agriculture in the long run.

He contended, though, that if housing developments were strategically positioned to complement the farms, or developed as homesteads, they could help to enhance the agricultural sector by guaranteeing better access roads to farms. He said it could also play a role in curbing praedial larceny as many farms were located in less populous areas and were subjected to being raided by thieves as a result.