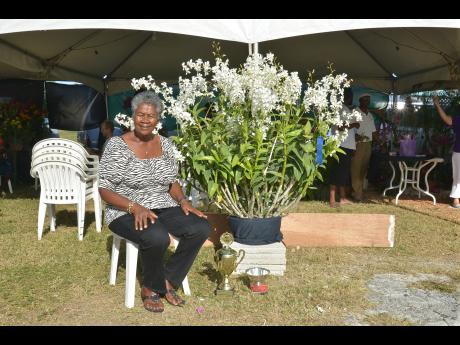 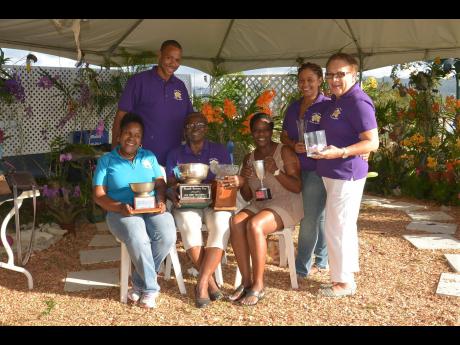 It was Montego Bay resident Catherine Thomas' Dendrobium JaqHawaii orchid which was the main highlight at the Montego Bay Orchid Society's Orchids at Play, 26th annual orchid Show, which was held at Pier One in the Second City recently.

The plant copped the awards for Best Dendrobium and Best Plant in the Show, and also earned for Thomas the American Orchid Society Certificate of Cultural Merit.

"I bought it from it was just a little thing at a nursery in Montego Bay and have tended to it for four years," an elated Thomas told Western Focus.

The other big winner at the event was the Ocho Rios Orchid Society, which copped the awards for the Best Display by an Orchid Society, Best Species, Best Cattleya Alliancehailia Colombiana, Best Oncidium Alliance as well as the Best Phalenopsis and Best Vanda Alliance, both of which were grown by their member, Monica Walters.

There are more than 220 species of orchids in Jamaica, 30 per cent of which are endemic. According to the National Environment and Planning Agency, there is a tremendous market for orchids worldwide.

"Orchids represent an important natural heritage as they have been used in the horticultural industry for years and contribute to the nation's economy," the agency states in one of its publications.

Experts say orchids grow everywhere in the world, except the polar circles and the snow line of high mountains and may be epiphytic (on trees); terrestrial (on the ground); lithophytic (on rocks); saprophytic (on dead materials and having no green parts) or subterranean (underground).