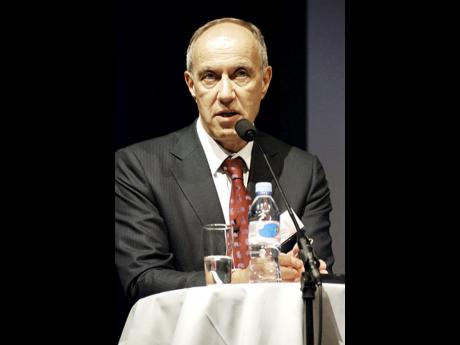 Francis Gurry, the director general of the World Intellectual Property Organization (WIPO), has pledged to continue to build on the successes achieved over the past six years in the organisation's core programmes, global intellectual property services, policymaking, capacity building, and technical infrastructure.

Gurry, who was speaking at the opening of the organisation's new conference hall in Geneva, Switzerland, said WIPO was in quite a strong financial position, thanks to the steady growth in the global intellectual property (IP) systems, namely, the Patent Cooperation Treaty, the Madrid System for trademarks, and the Hague System for designs.

"Both membership and use of these systems have grown very significantly over the last several years," said Gurry, who was speaking at his first WIPO Assemblies since re-elected for a second six-year term in May.

"WIPO's global IP systems should be one of the essential priorities of the organization in the coming six years," Gurry told delegates from WIPO's 187 member states. He pledged to ensure that these systems remained efficient, accessible, and service-oriented.

While advances in normative programmes remain a challenge, Gurry highlighted recent successes with the adoption of two key copyright treaties. These include the Beijing Treaty on Audiovisual Performances (2012) and the Marrakesh Treaty to Facilitate Access to Published Works for Persons who are Blind, Visually Impaired or Otherwise Print Disabled (2013).

"Such platforms are extremely effective vehicles for achieving a number of shared policy objectives and can, in certain contexts, be as effective in advancing international cooperation as treaties," noted Gurry.

The platforms in question includes WIPO's global IP databases, platforms that facilitate cooperation in the delivery of services by IP offices, public-private partnerships such as WIPO Re:Search and the Accessible Books Consortium, and IT systems for modernising IP offices and copyright agencies.

The director general also noted that WIPO's efforts are aligned with the objectives of the Development Agenda and are good examples of the mainstreaming of development throughout the organisation's programmes.