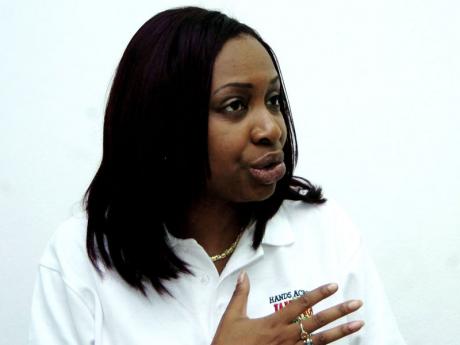 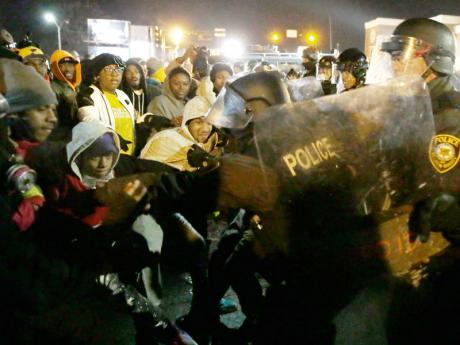 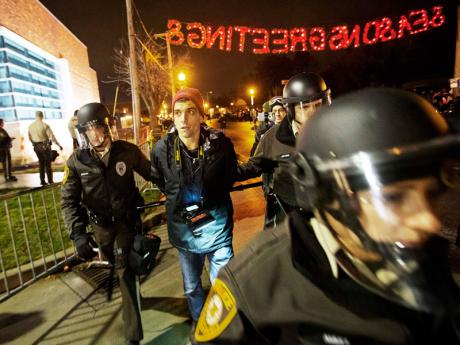 Journalist Trey Yingst is arrested during a demonstration outside the Ferguson Police Department.
1
2
3

Caribbean-born legislators have expressed outrage over a grand-jury decision in Ferguson, Missouri, not to indict a white police officer who killed an unarmed 18-year-old black youth, in August.

"On behalf of the people of the Ninth Congressional District of New York, I wish once again to share my condolences with the family of Michael Brown, whose efforts to secure justice on behalf of their son have been undermined by the decision of the grand jury, said Congresswoman Yvette D. Clarke, the daughter of Jamaican immigrants.

"The killing of Michael Brown and attacks by the Ferguson Police Department on the media and protesters demonstrate a reckless disregard for the civil rights and civil liberties of Americans of African descent, and people of goodwill who seek justice in a nation with a long and tortured history of racial bias and discrimination against human beings in black bodies," Clarke told the Caribbean Media Corporation.

"The assumption that young men and young women who are African American are inherently suspicious is a false assumption with deadly consequences, as witnessed and experienced by black people from the inception of our nation to the present day.

"We must not allow this false assumption to prevail in our society. We cannot continue to accept the devaluation of African-American lives that resulted in the inhumane killing of Michael Brown and the failure of the grand jury to indict the police officer who killed him, on any charge, as well as in recent incidents such as the senseless killings of Eric Garner of Staten Island (New York) and Akai Gurley here in Brooklyn just last week, said Clarke, a member of the US House of Representatives Committee on Small Business, Ethics, and Homeland Security.