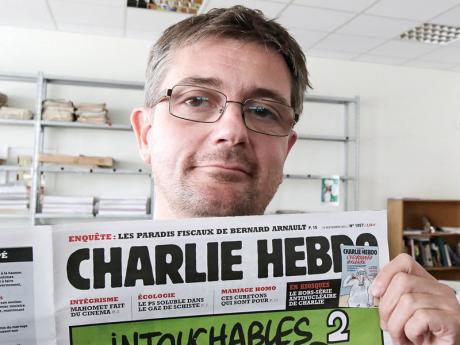 In this September 19, 2012 file photo, Stephane Charbonnier, also known as Charb, the publishing director of the satyric weekly Charlie Hebdo, displays the front page of the newspaper as he poses for photographers in Paris. 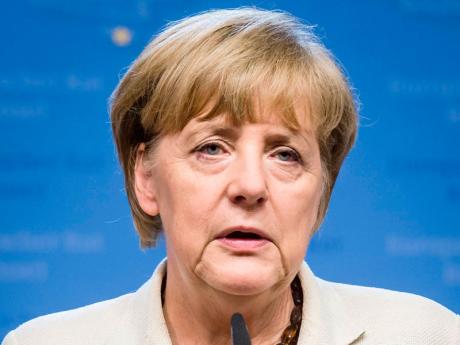 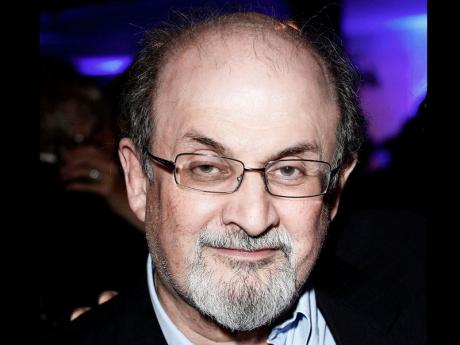 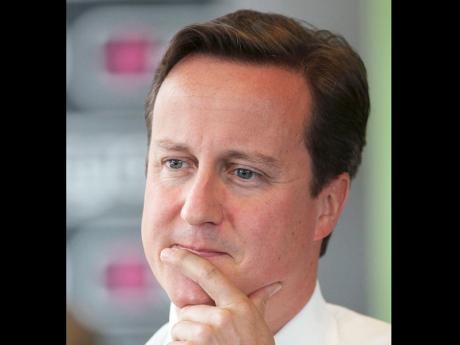 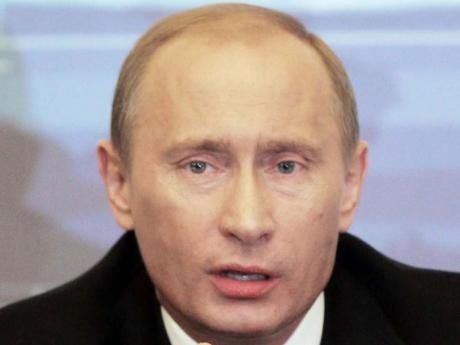 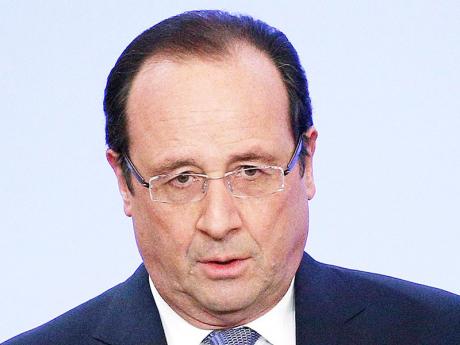 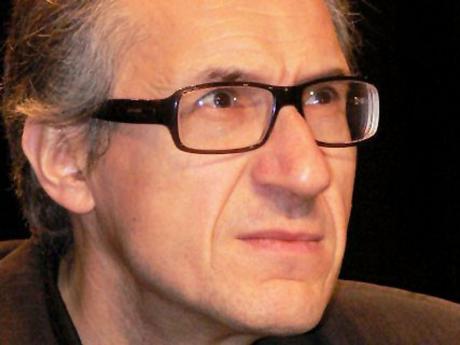 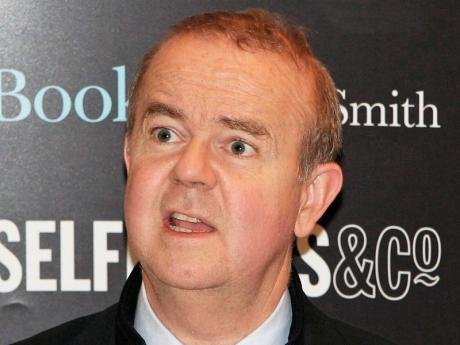 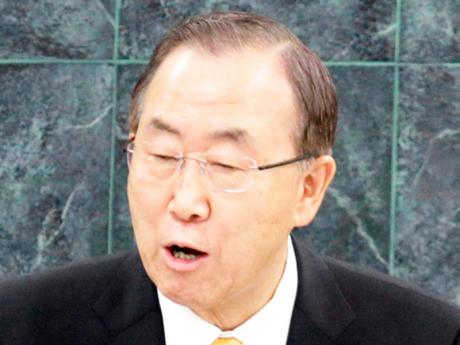 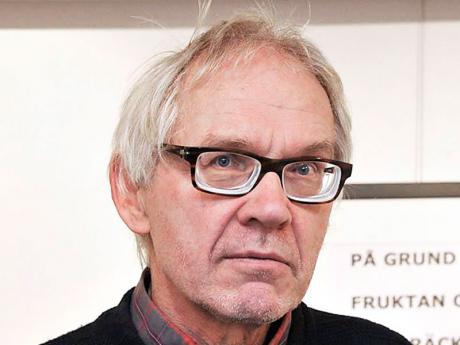 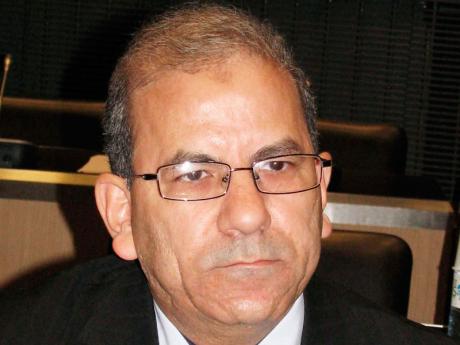 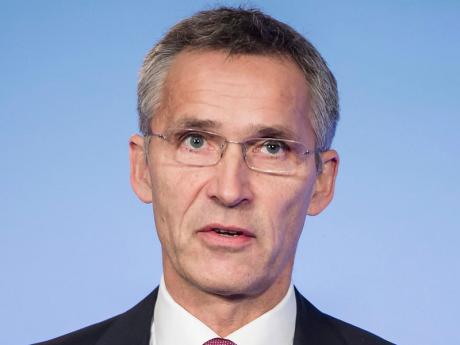 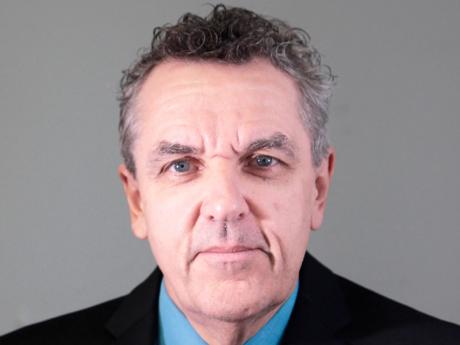 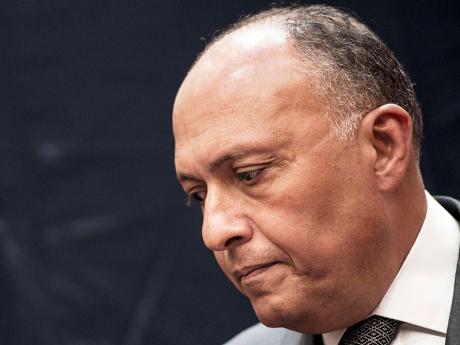 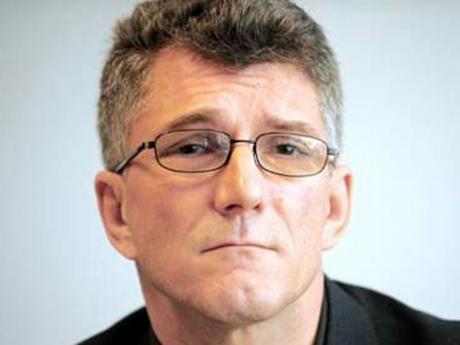 World leaders, journalists' groups and others around the world have expressed horror at the deadly attack yesterday by gunmen on the Paris offices of the satirical newspaper Charlie Hebdo.

Masked gunmen stormed the Paris offices of the weekly newspaper that caricatured the Prophet Muhammad, methodically killing 12 people, including the editor, before escaping in a car. It was France's deadliest post-war terrorist attack.

There was no immediate claim of responsibility for the attack, which also left four people critically wounded, and was condemned by world leaders as an attack on freedom of expression, but praised by supporters of the militant Islamic State group.

Clad all in black with hoods and carrying assault rifles, the attackers forced one of the cartoonists arriving at the office building with her young daughter to open the door with a security code.

The staff was in an editorial meeting and the gunmen headed straight for the paper's editor, Stephane Charbonnier - widely known by his pen name Charb - killing him and his police bodyguard first, said Christophe Crepin, a police union spokesman. Minutes later, two men strolled out to a black car waiting below, calmly firing on a police officer, with one gunman shooting him in the head as he writhed on the ground, according to video and a man who watched in fear from his home across the street.

The witness, who requested anonymity because he feared for his safety, said the attackers were so methodical he mistook them for France's elite anti-terrorism forces. Then they fired on the officer.

The publication's depictions of Islam have drawn condemnation and threats before - it was firebombed in 2011 - although it also satirised other religions and political figures.

"I am Charlie!" thousands shouted, waving pens and papers at mass rallies around the world to honour the victims yesterday.

I don't understand how people can attack a newspaper with heavy weapons. A newspaper is not a weapon of war.

This is an act of exceptional barbarism.

The fact that this was an attack on journalists, attack on our free press, also underscores the degree to which these terrorists fear freedom of speech and freedom of the press.

according to the Vatican spokesman

Regardless of the motive, homicidal violence is abominable and never justified. Life and human dignity must be guaranteed with decisiveness, and every instigation of hatred refuted and respect cultivated.

president of the Union of French mosques

We condemn ... this hateful, criminal act. ... While the terrorists are intensifying their acts to exacerbate the confrontation inside our country, both Muslim and Christians have to intensify their actions to give more strength to this dialogue, to make a united front against extremism.

We decisively condemn this cynical crime. We reaffirm our readiness to continue active cooperation in combating the threat of terrorism.

This horrific attack was meant to divide. We must not fall into that trap. This is a moment for solidarity around the world.

deputy director of the Committee to Protect Journalists

This is a brazen assault on free expression in the heart of Europe.

Swedish artist, who lives under police protection after drawing caricatures of the Prophet Muhammad

This will create fear among people on a whole different level than we're used to. Charlie Hebdo was a small oasis. Not many dared do what they did.

I stand with Charlie Hebdo, as we all must, to defend the art of satire, which has always been a force for liberty and against tyranny, dishonesty and stupidity. 'Respect for religion' has become a code phrase meaning 'fear of religion.' Religions, like all other ideas, deserve criticism, satire, and, yes, our fearless disrespect.

This abhorrent act is not just an attack on the life of French citizens and the internal security of France. It also represents an attack on freedom of opinion and of the press, a core element of our free and democratic culture.

British Prime Minister (IN the house of commons)

This House and this country stand united with the French people in our opposition to all forms of terrorism and we stand squarely for free speech and democracy. These people will never be able to take us off those values.

Egypt stands by France in confronting terrorism, an international phenomenon that targets the world's security and stability and which requires coordinated international efforts to eradicate.

This is a dark day for freedom of expression and a vibrant press culture. But above all, it is an appalling human tragedy.

I offer my condolences to the families and friends of those killed — the cartoonists, journalists and those who were trying to protect them. They paid a very high price for exercising their comic liberty. Very little seems funny today.

All NATO allies stand together in the fight against terrorism. Terrorism in all its forms and manifestations can never be tolerated or justified.

Charlie Hebdo was among the magazines that showed the most solidarity with Jyllands-Posten when the Muhammad crisis was at its peak. We haven't forgotten that. Here at Jyllands-Posten, we feel strongly for our colleagues in Paris.