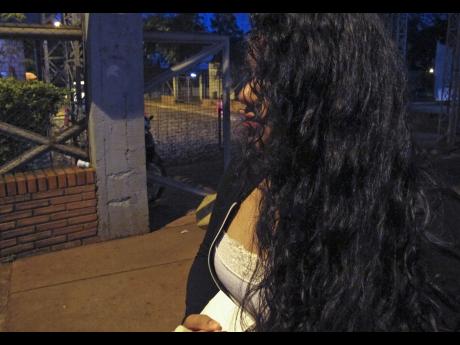 AP
A 17-year-old who said she was raped by her stepfather attends a demonstration in Ciudad del Este, Paraguay, yesterday. 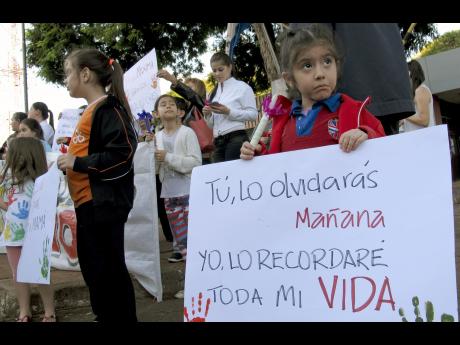 AP
A young girl holds a sign reading, in Spanish, “You’ll forget it, tomorrow. I will remember it for the rest of my life”, at a demonstration in front of the attorney general’s office in Ciudad del Este, Paraguay yesterday.
1
2

The fate of a pregnant 10-year-old has not only become a national debate in Paraguay, but has underscored what activists said is a problem with child rape in this poor South American nation and led other victims to speak out.

Cristina Britez de Mendoza is the director of a shelter for troubled youth in Ciudad del Este, a gritty and bustling town of 350,000 that sits across the border from Brazil and Argentina. She said many of the children she works with have been sexually abused, such as a 12-year-old girl who gave birth last month. The girl lives at the shelter with the baby.

"When the other children play, this

girl wants to play, too," said Britez de Mendoza, who attended a rally to demand stiffer penalties for sex abusers. "She is still a child."

Monday's rally in Ciudad del Este drew 200 people under the banner of 'No More Abuse!' and participants said it was unprecedented in this city with little culture of social protest. Another protest was held in the capital of AsunciÛn.

The rallies came amid a fierce debate over what is best for the 10-year-old rape victim, who is being denied an abortion. In Paraguay, the procedure is banned in all cases, even rape, except when the mother's life is in danger.

The decision to not give the girl an abortion has sparked international and local condemnation, with United Nations human rights experts on Monday blasting Paraguay for failing to protect her.

"The Paraguayan authorities' decision results in grave violations of the rights to life, to health, and to the physical and mental integrity of the girl as well as her right to education, jeopardising her economic and social opportunities," the experts said in a statement.