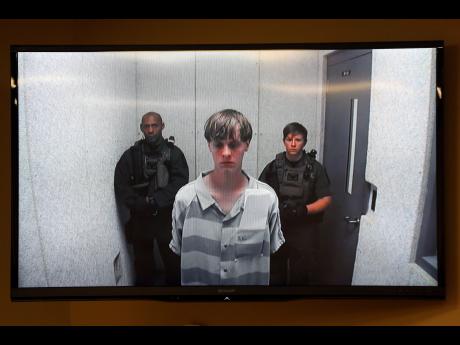 The man accused of killing nine people attending Bible study at a historic black church in Charleston has been indicted on three new charges of attempted murder, prosecutors said yesterday.

Dylann Storm Roof, 21, already had been charged with nine counts of murder, one for each person killed in the June 17 attack at the Emanuel African Methodist Episcopal church. He also faces a weapons charge, and has been indicted on that charge and the murder counts.

Prosecutor Scarlett Wilson said in a statement that the new attempted-murder charges stem from survivors of the massacre.

Roof's next court date is expected in October.

The court records released yesterday show that Roof is accused of trying to kill three females, one of whom is a minor.

Federal authorities have not said whether they will pursue hate crime charges against Roof, although Justice Department officials have said they broadly agrees that the shootings meet the legal requirements for a hate crime.

The new charges come as South Carolina state lawmakers move closer towards possibly removing the Confederate flag from the Statehouse grounds. Roof, who is white, appeared in photos waving Confederate flags and burning or desecrating US flags, and purportedly wrote of fomenting racial violence. Survivors told police he hurled racial insults during the attack.