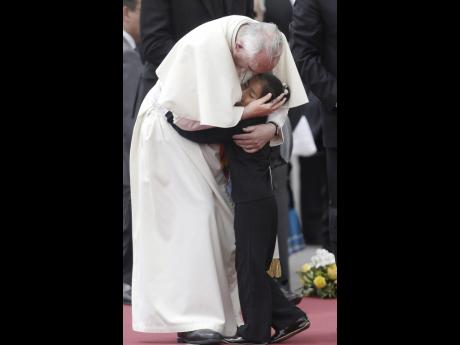 Ecuador's biggest indigenous group is expressing frustration that it didn't have a private audience with Pope Francis during his three-day visit. It did not even have a few minutes on the margins. In fact, it had to break protocol to deliver a letter to the pope.

Twenty-five delegates of the Federation of Indigenous Nationalities of Ecuador, or CONAIE, attended an invitation-only gathering Tuesday evening that included business leaders, and cultural and sports figures. Delegates, however, were unable to approach the pope, so they asked a girl to hand him the letter.

Federation official Severnino Sharupi says CONAIE deserved a meeting because Francis "puts the poor and the environment at the center of his discourse and we represent both causes".

The pope calls the indigenous people the best stewards of the environment and the most affected by deforestation and contamination.

CONAIE is at odds with President Rafael Correa over his encouragement of oil drilling and mining on traditional native lands in the Amazon wilderness.